Get ready to catch a Red Rocks favorite LIVE this coming Summer! That's right the Joe Russo's Almost Dead are returning to Red Rocks Amphitheater on Thursday 31st August 2017, for a special show!

The very talented group sure know how to get a crowd moving and buzzing around their on the spot improvisations, with plenty of surprises and classic much loved material to boot! These guys are the highest form of Jam band, their sheer dedication and full power fan base around the Country proves this!

Tickets are available online for this incredible show – don't miss out! 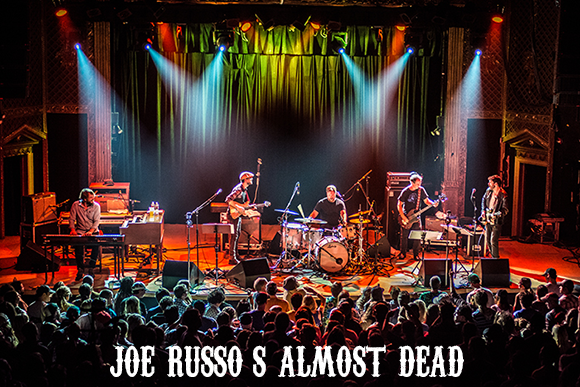 This is Joe Russo's Almost dead, the guitar led American rockers, hit the ball rolling back in 2013 with their renditions of the legendary Grateful Dead's catalogue along with other covers. Now they merge a few together to create a set that is mind blowing and satisfying for all their fans! Drummer Joe Russo brings the energy. Get ready as they hit the stages this Summer across the U.S. – the time is now!