For a night of some of music’s most well-loved anthems, join Joe Russo’s Almost Dead band at the Red Rocks Amphitheater on Friday the 3rd of June 2022. You can easily secure your seats now by simply booking tickets today. It will be a night full of skilful music and tribute to one of rock’s greatest bands – Grateful Dead. Led by Joe Russo, this concert promises to be full of rocking improvisation and buzzing energy so don’t hesitate any longer and book your tickets to spend 06/03/2022 with Joe Russo’s Almost Dead at the Red Rocks Amphitheater. 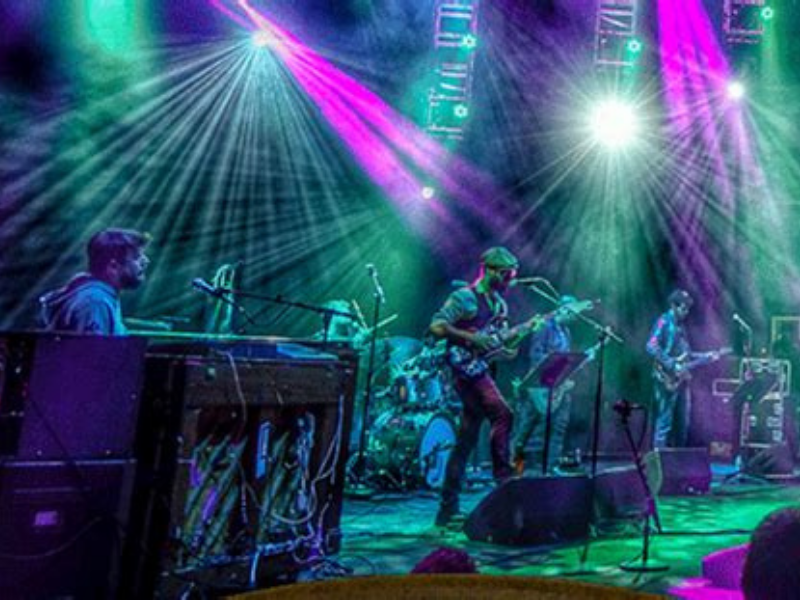 Joe Russo’s Almost Dead pays tribute to one of rock genre’s most legendary bands – Grateful Dead. They formed in 2013, founded by the amazing drummer Joe Russo, and first played a show on January the 26th 2013 at the Brooklyn Bowl in Brooklyn, New York. Since then, the band has become renowned for not only their awesome covers and other individual projects, but for their skilled instrument playing and gift in reading the room with music. They have also gained a reputation for starting the beginning of their shows with a simple drumbeat, other instruments each slowly joining the beat until it erupts into a song in unison, each time a little different. All band member bring their own experience in composition and inventiveness, creating an alternative, non-niche approach to live music playing. The quintet is made up of Joe Russo, the Ween's bassist Dave Dreiwitz, keyboardist Marco Benevento, Scott Metzger on guitar and vocals and Tom Hamilton, of Brothers Past and American Babies, on guitar and vocals. It’s not too late to book your tickets for 06/03/2022 at the Red Rocks Amphitheater with Joe Russo’s Almost Dead, so do it now!