Grateful Dead covers band and super-group extraordinaire, Joe Russo's Almost Dead, comes to Red Rocks Amphitheater on Saturday 29th April 2017 for a night of tripped-out grooves, phenomenal musicianship and an epic light show! This tight and funky jam band will be joined by funky avant-jazz trio for a night of meandering music that's good for the soul! 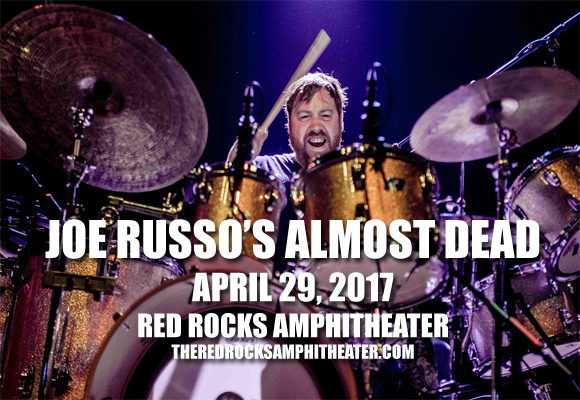 Formed in 2013, Joe Russo's Almost Dead is an American rock band, that covers other artists, mostly the Grateful Dead. Consisting of Furthur drummer Joe Russo, Ween bassist Dave Dreiwitz, keyboardist Marco Benevento, Scott Metzger on guitar and vocals, and American Babies' Tom Hamilton on guitar and vocals, the band played their first show on January 26, 2013. Since then, they have toured regularly, amassing an enthusiastic following who often tape and video shows, with the approval of the band.