Be part of this great moment in rock and roll as one of the greatest sons of rock is bound to carve a new milestone in his illustrious career. John Fogerty is rolling out with his 50th-anniversary tour. He shows no signs of slowing down and he is even pushing the pedal to the metal as he goes around the country and will also cross the boundaries of international shores. Catch him as he takes on this gold moment here at the Red Rocks Amphitheater on Thursday 20th June 2019. Save your seat, or better yet, secure your space as most likely you'd be up on your feet stomping and your fists raised up in the air as he dishes out songs that rekindle the fire of the old days of protest and memories of sweet air of southern rock and Americana. Book your tickets and don't ever miss the show! 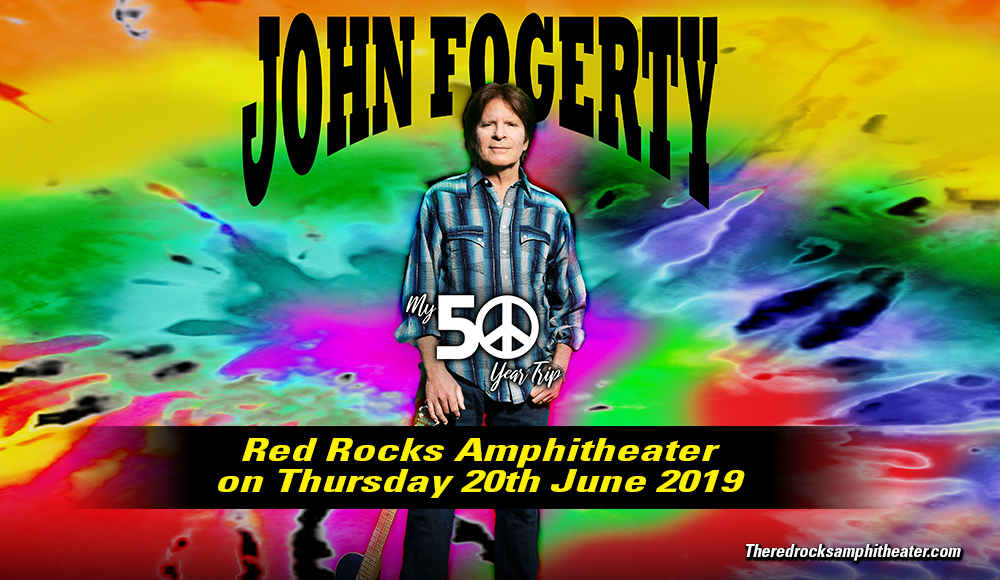 Come to think of it, "Proud Mary" is now fifty years old! As a lead ex-member of the legendary Credence Clearwater Revival, John Fogerty is now celebrating his golden year as one of the pillars of rock and roll music. Straight after the completion of his military service in 1969, Fogerty took a dive in the waters of a singer-songwriter-rock-musician career. Leading his band CCR, rock aficionados took notice and deemed their music relevant of the times of protest, peace, love, sex, drugs, and rock and roll. "Proud Mary", "Susie Q", "Bad Moon Rising", "Fortunate Son", all hit the top of the charts.

When Credence Clearwater Revival folded-up, John Fogerty forged on and embarked on a solo career. His prolific songwriter came to the fore once more as he delivered a string of monster hits which include "The Old Man Down the Road," "Jambalaya (On the Bayou)" and "Rock and Roll Girls." Fogerty has his share of noteworthy recognitions which include him in the current list of Rolling Stone magazine's list of 100 Greatest Guitarists at number 40 and the list of 100 Greatest Singers at number 72.

“I can’t believe 50 years. It has been quite a ride… I bought a notebook in 1967 and wrote down some song titles. The first entry in my notebook is Proud Mary. To think that she is 50 years old and how my song has had such an impact is hard to put into words. I know when I wrote those songs it was my dream to become the best musician I could be. Not to let anything get in my way, not even the Vietnam war. I am thrilled to celebrate this time and my songs including the iconic Woodstock festival.”