Josh Groban defies all stereotypes associated with opera singers. He broke audience barriers that set boundaries along mainstream pop and elite classical music. He is the hot and sexy poster boy of opera music. This is your chance to indulge in the music of Josh Groban with the Colorado Symphony Orchestra. Save the date: Wednesday, 28th August 2019, and pin this location: Red Rocks Amphitheater. With Josh Groban's stellar status, his legions of fans would not allow this show to slip right through their fingers. Book your seat with a click. Yes, the sure and quick way to get tickets to this show is possible at your fingertips, even without leaving your seat. Click 'buy tickets' and in a few, you'll be well on your way to experience pop opera music ala Josh Groban. 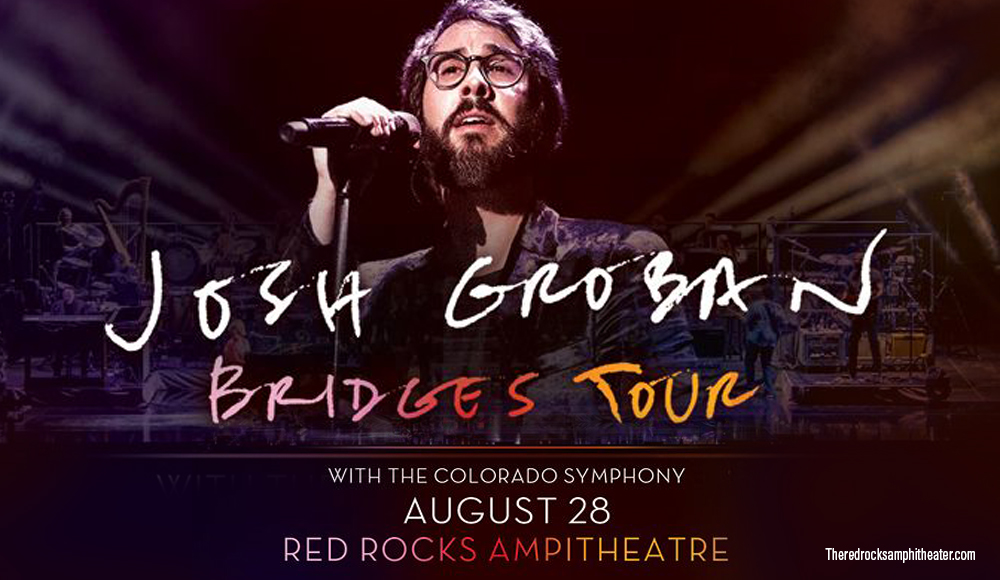 Back in 2001 as millions of viewers worldwide were glued to the season finale of Ally McBeal, a charming young man who was cast to play the role
of a graduating senior high school student blew the minds of audiences the moment he opened his mouth and sang his original song "You're Still You." How could a nerdy-handsome, sexy, young man with curly locks sing opera? Josh Groban was indeed one-of-a-kind.

Discovered by hitmaker composer and record producer David Foster, Groban clinched a record deal and released his eponymous debut album that same year, which was certified platinum in no time. Since then, Josh Groban was a household name and he ascended higher into the galaxies as he graced the most prestigious events and shows and shared the stage with high profile luminaries from both the pop, classical, and opera worlds, which include the likes of Celine Dion and Andrea Bocelli.

He has released seven studio albums to date which have either been certified gold, platinum, and multi-platinum in different sales charts from all over the world. His trademark and biggest crossover hits are "You Raise Me Up," "To Where You Are" and "The Prayer." Adding another feather to his cap this time is his performance with none other than the Colorado Symphony Orchestra. This critically-acclaimed orchestra, and the region's only full-time professional orchestra has a wealth of world-class artistry that is a perfect match to the stellar caliber of Josh Groban.

If you're looking for heaven here on earth, this is the place to be and the concert must-see! Book your tickets now!