Tony, EMMY, and four-time Grammy Award nominated singer, songwriter, and actor, Josh Groban has announced a performance with Colorado Symphony Orchestra at Red Rocks Amphitheater on Sunday, July 24th 2022. Can you imagine, the power of Josh Groban's voice, alongside the awesomeness of the world-famous Colorado Symphony? This is going to be a spectacular show, set against the most amazing scenery, so what are you waiting for? This is a once in a lifetime gig, grab your tickets now! If that’s not enough for you, then there are also opening sets from the Preservation Hall Jazz Band, Lucia Micarelli and Eleri Ward. 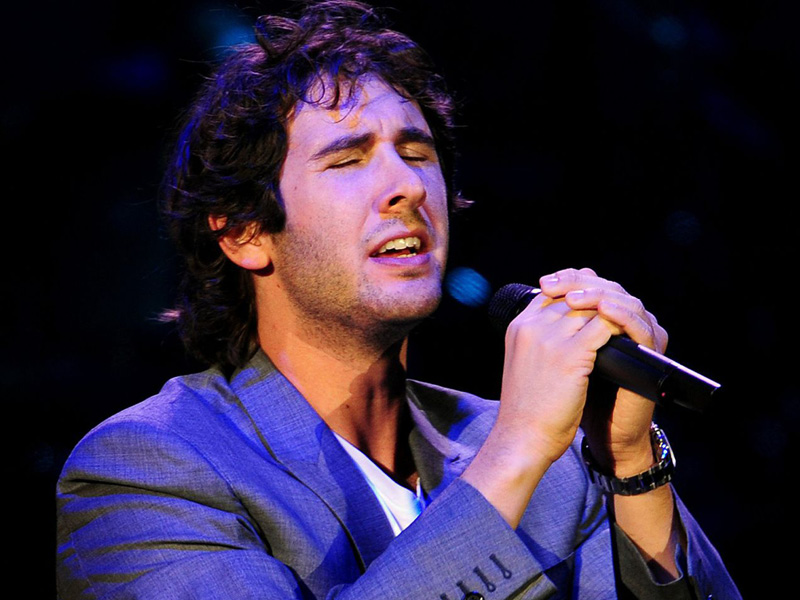 “After far too long feeling torn away from my favorite part of my musical life, live performance, it is with huge excitement and gratitude to announce that I’ll be back doing what I do best and love most with the Harmony Tour,” said Groban. “It will be more than a concert for me…it will be a celebration of connection with my friends, fans and colleagues who have been my anchors during the last couple of years and during the course of my career. I hope you’ll join us for these beautiful nights of music.”

This tour will be the first time Josh has played songs off his latest album, Harmony, for a live audience, it released in November 2020, debuting at number 17 on the Billboard 200 chart. Harmony is his most pop-directed record, drawing smartly from the more elegant side of late-20th-century pop, with Kenny Loggins, Robbie Williams, Sting, and the monarch of elegant pop, Joni Mitchell. The songs are plushly orchestrated, with a few surprising touches, like a tropical-flavored cover of the Elvis Presley hit “It’s Now or Never.” Compared to past records, Groban uses high notes sparingly—and, as a result, more effectively—and the last track is startling: “The Fullest” features gospel titan Kirk Franklin interjecting “Yeah!” and “Don’t give up!” as well as a gospel choir, all of which draws out new levels of spontaneity in Groban’s grand singing.