Judah And The Lion Tickets

Promoting the release of their third studio album, Pep Talks, Judah And The Lion are bringing their distinct blend of folk, rock, pop and Americana to Red Rocks Amphitheater on Tuesday 13th August 2019! The band will be performing brand new material from the record, including “Over my head,” “Quarter-Life Crisis,” “Pep Talks” and “Why Did You Run?”, getting everyone up and grooving all night long! 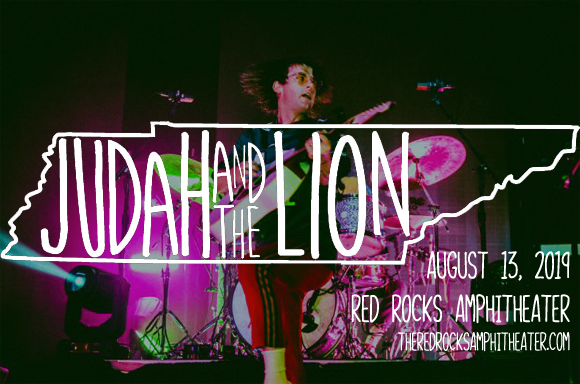 American alternative band Judah and the Lion was formed in Nashville, Tennessee in 2007 by Judah Akers (vocals, guitar), Brian Macdonald (mandolin, vocals), and Nate Zuercher (banjo, vocals). The band members, including previous drummer Spencer Cross, met when at Belmont University in Nashville. The group made its debut in 2013 with their first EP, Sweet Tennessee, which reached number two on the Billboard Bluegrass Albums Chart, number nine on the Heatseekers Albums Chart, and number fifteen on the Folk Albums Chart. Their debut album, Kids These Days, was released in 2014 and fared similarly well on the Heatseekers and Folk Albums Charts. The band's third studio album, Pep Talks, is released in May 2019.