Yes, it's him! No doubt about it, Kevin Gates has flung the gates to his "I'm Him" tour wide open, to cover more concert grounds this year 2020. One of his highly anticipated shows this year is his stint at the Red Rocks Amphitheater on Tuesday 19th May 2020. This MC who has a fan-base that is growing by the minute, will keep up with his "confessional anthems" that have endeared him to more and more followers who resonate with his rhymes and flows laden with motivational yet very relatable stories about different yet universal life struggles. This show is a sure-fire crowd drawer so make sure to book those tickets a.s.a.p. ! 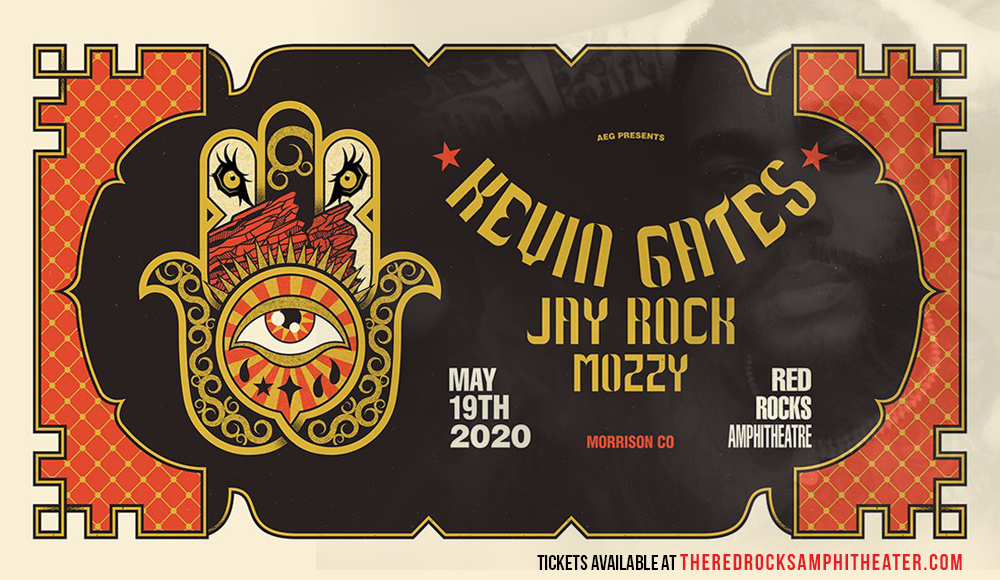 Kevin Gates gives real talk. His shows are not all about rhymes, flows, and beats that lead nowhere. Kevin Gates hits home. Known primarily for his "confessional anthems", fans flock to his music that speaks about the harsh realities of sex, drugs, crime, heartbreak, violence, and anything and everything in between, laid out through Gates' autobiographical style.

“Again, for those of you that haven’t been to one of my shows just know I’m not a rapper. I’m a speaker. I’m a motivator,” says Gates, his common spiel during his concerts.

Kevin Gates' album carry such consistent tone and themes, as observes by the music press. Consequence of Sound noted that "autobiography and honesty have always been central to [Gates'] artistry." Spin has noted that Gates often combines "melodic tunefulness" and "clenched-teeth street rap."

Kevin Gates has been a constant presence on the Billboard 200 with mixtapes since the release of "The Luca Brasi Story in 2013". His debut studio album, "Islah", peaked at number two on the US Billboard 200 chart.

The gates are wide open. All that is left to do is click that 'get tickets' button on this site. Clock is ticking… book your tickets now!