Five-time Grammy Award-nominee and R&B superstar Khalid comes to Red Rocks Amphitheater on Monday 14th May 2018! The soulful singer-songwriter is taking to the Red Rocks stage as part of his Roxy Tour (named after his newly adopted Pitbull puppy), and will be performing songs from his acclaimed debut album, American Teen! 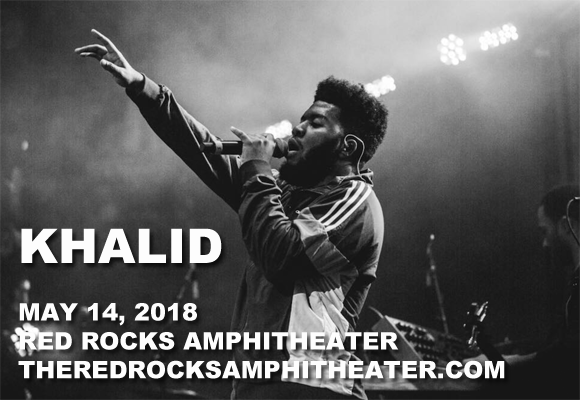 "He has been called a pop prodigy by Rolling Stone and counts people like Elton John among his fans. While his lyrics are very much of the moment, the themes he explores — belonging, love, loneliness, loss — are timeless." – NPR.org

"He has a gorgeous, mellifluous voice that works perfectly on 'The Heart Part 4'; an "old soul", vulnerable quality to his music that sets him apart from his contemporaries and has earned him a number of high-profile fans, from Kendrick [Lamar] to Elton John." – Independent.co.uk