Earth music, an amalgamation of sound and culture for all over the world, that’s what, Kruangbin, the flying engine bring back to all the rest of us mere mortals. Kruangbin will be landing in Red Rocks Amphitheater for their second night on Tuesday, September 21st 2021. For fans of multi-continental psychedelia this is the night of your dreams, Speer’s downtempo, wailing guitar melodies merging with a crowd of adoring fans savoring a night out, come and howl at the stars and try to keep up with the electric range. Grab your tickets to the most existential show on the planet! 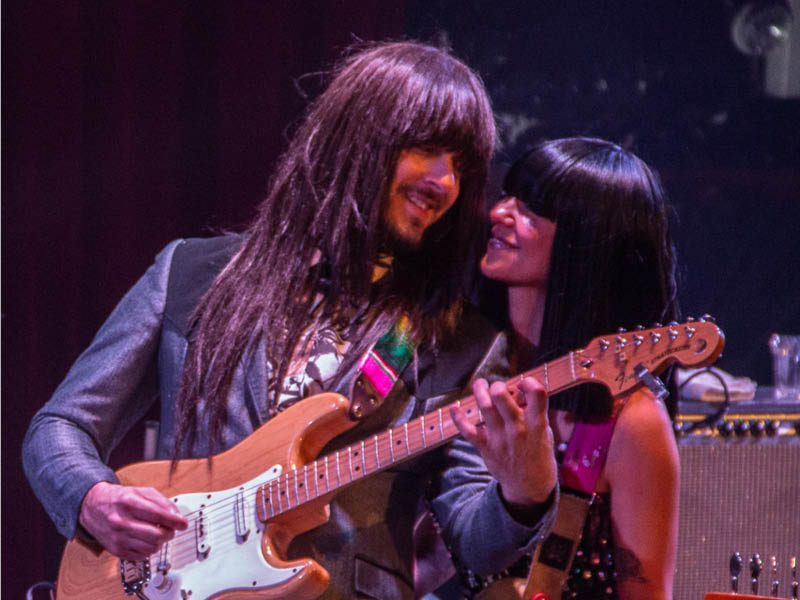 Khruangbin, are Laura Lee on bass guitar, Mark Speer on electric guitar, and drummer Donald Ray "DJ" Johnson Jr. and all three talented musicians bringing their own influences ranging from Funk, Soul, to Thai, they are known for blending global music influences, mainly from Thailand on their second album, but also West Africa, India, Vietnam, Germany, Czech Republic, Mexico and more on their third album, Mordechai, which peaked at the number 31 spot on the Billboard 200 chart when it came out in June 2020. The name Khruangbin, which translates to “flying engine” or airplane in Thai, the perfect metaphor for their music as it often crosses borders and cultures, “when you see us play, it should look like we just fell on to this planet,” Speer says. “We play Earth music, like we’ve listened to all these different genres – from west African rhythms to Mexican and south Asian melodies – and now here we are.” For the band, it’s a huge world of musical differences, melded and filtered through their own west Texas existence and musical style of Thai funk, classic soul and psychedelia.