World music trio Khruangbin are flying into Red Rocks Amphitheater, Morison, CO, on Monday, September 20th 2021. With influences from West African, Indian, Vietnamese, German, Czech, Mexican and many more cultures, their new album, Mordechai, released in June 2020 is out now for to enjoy. So, fans of multi-continental psychedelia, this sound the perfect night out, grab yourself some tickets while you still can. With a very loyal following of fans, Kruangbin always sell out where ever they play, so get your tickets now! 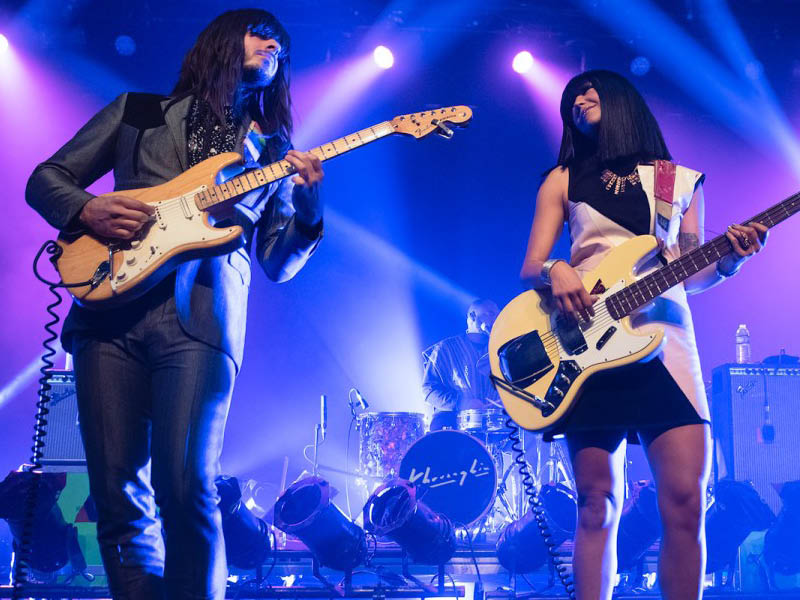 The Texas trio, Khruangbin, are Laura Lee on bass guitar, Mark Speer on electric guitar, and drummer Donald Ray "DJ" Johnson Jr. with all three talented musicians bringing their own influences ranging from Funk, Soul, to Thai, they are known for blending global music influences, mainly from Thailand but also West Africa, India, Vietnam, Germany, Czech Republic and Mexico with conventional western styles of classic soul, dub and less conventional psychedelia. The name Khruangbin, which translates to “flying engine” or airplane in Thai, is perfect for their music as it often crosses borders and cultures. Their debut studio album, The Universe Smiles Upon You, drew from 60s Thai music, while their second album, Con Todo El Mundo, had influences from Spain and the Middle East and their latest album, Mordechai, peaked at the number 31 spot on the Billboard 200 chart and, draws influence from West Africa, India, Vietnam, Germany, Czech Republic and Mexico. With Slant Magazine saying "While past Khruangbin albums risked coming off merely as studied tributes to the microcosms of Thai and Iranian rock, Mordechai finds Khruangbin coming into their own, thanks to the band’s lyrical development and the honing of their fusion of intercontinental influences," about the album.