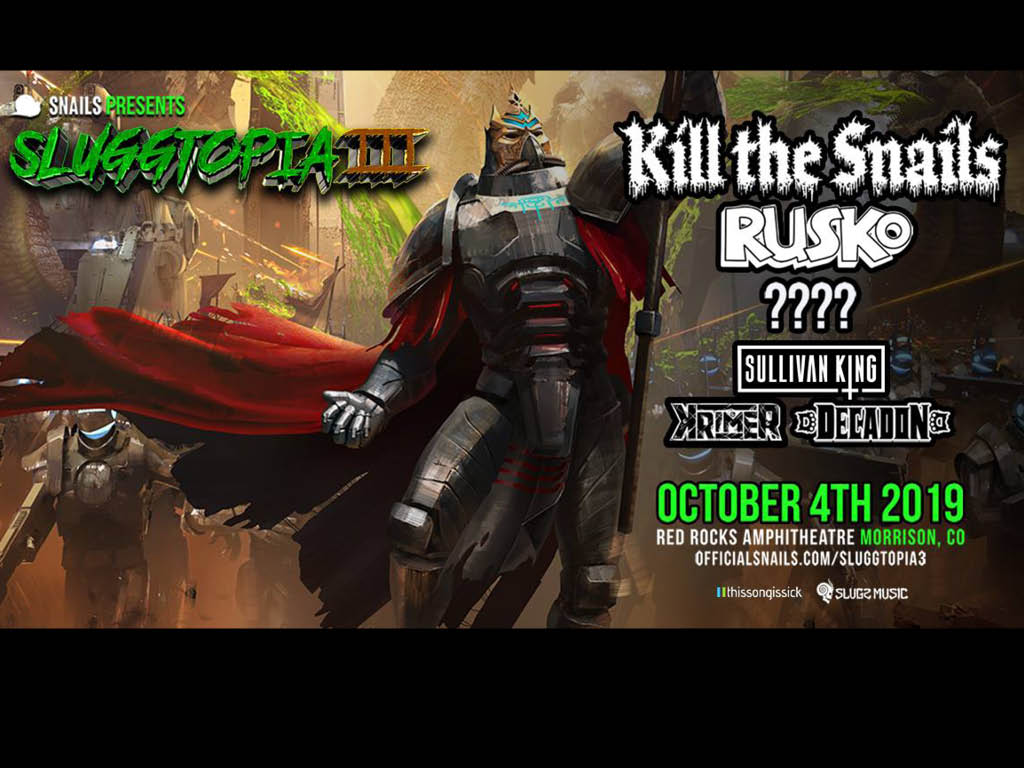 Following From the original Slugtopia Gig launched right here at Red Rocks Amphitheater in 2017, Snails is back to back with his friend Kill The Noise for another massive bass feast of Kill the Snails in Slugtopia 3!

Canadian artist Snails, takes his own invention Vomitstep, a remix of dubstep, heavy bass, dubstep, some mechanical mistakes and oddities and makes it a new and exciting auditory experience that you cant help but head bang to, then throw in some Hip hop , so get ready to jump around, this is going to be loud and heavy. The very first release on Slugz music was the collaboration with Snails and Kill the Noise; Shake the Ground.
Snails also has a few comic book series, The Shell: Sluggernaut

Kill the Noise launched from Rochester, New York. Covering the entire electro-noise spectrum from house to dubstep, he has collaborated with Jon Gooch, Skrillex and Korn. Kill the Noise Albums are Roots Remixed and Black Magic released in 2012

Decadon, From Denver Colarado, Bridges the gap between Hard rock, Rock and roll and Electronica dance sounds. A self taught guitarist, pianist, drummer and bassist! Decadon has shared a stage with some of the biggest names in the industry, Diplo, Tiesto, Mashmellow to name a few.