Australian rock icons King Gizzard & The Lizard Wizard are holding a limited residency run in the U.S. this summer! The six-member band from Melbourne will be performing 13 shows in select major cities, including a two-night run at the Red Rocks Amphitheater in Morrison, Colorado. On Thursday, 8th June 2023, King Gizzard & The Lizard Wizard will perform their electrifying setlist packed with colossal hits, fan favorites, and new tracks from their latest studio album, Changes. This rare opportunity to see the Australian psychedelic rock sensation comes with a highly sought-after 2-day pass, which lets you enjoy the band back-to-back! If that sounds good, you should grab your tickets now! 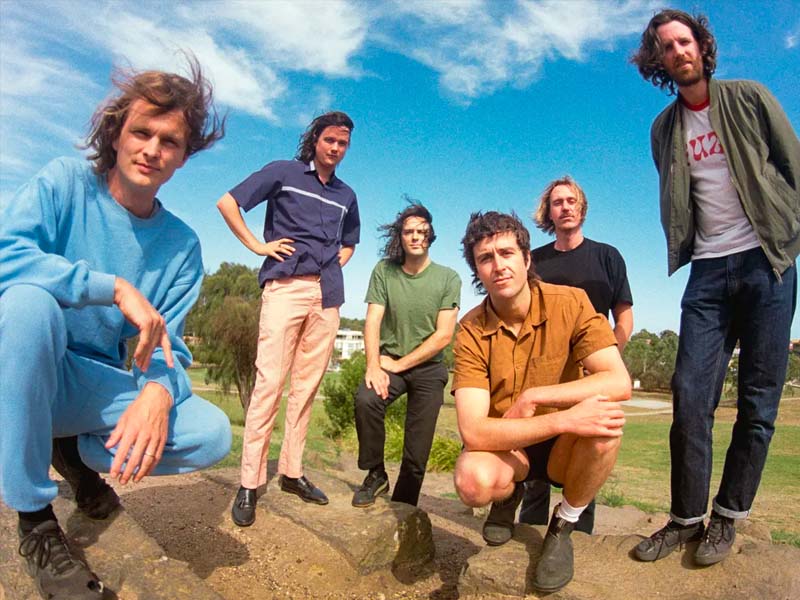 Australia’s psychedelic rock gem King Gizzard & The Lizard Wizard emerged in 2010. After getting together to form what would be the country’s most legendary psychedelic act, the band moved on to release their debut album, 12 Bar Bruise, in 2012. The album spawned quintessential rock hits like “Bloody Ripper” and “Elbow,” which peaked at number 14 in Australia. Four years later, King Gizzard & The Lizard Wizard became a global sensation with the release of their 2016 effort, Nonagon Infinity. The highly-acclaimed album was preceded by hits like “People=Vultures,” “Gamma Knife,” and Mr. Beat. The album soared to number 4 on Billboard’s Top Heatseekers Albums and charted impressively in Belgium, The U.K., and Australia.

One year after their international breakthrough, King Gizzard released a follow-up album, Flying Microtonal Banana. The 2017 effort became their highest-charting album to date in their home country. Meanwhile, the album topped the Rock and Alternative Albums charts in the U.S.

For this upcoming tour, fans can expect myriad hits and new songs from their latest album, Changes. If you’re a psychedelic rock fan, King Gizzard & The Lizard Wizard is the must-see event of the summer! Two-day passes to this much-awaited Red Rocks Amphitheater run are now available!