You've seen them onscreen. You’ve heard them on the radio. Now it's time to catch them LIVE – the one and only Lady Antebellum are coming to the Red Rocks Amphitheater on Monday 25th June 2018!!! Get ready for the ultimate experience as everybody's all time favorite country act comes to take the stage right before your eyes – book your tickets NOW!! 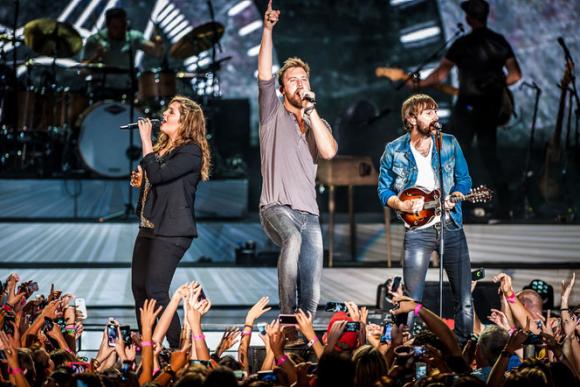 The country music superstars of our time, Lady Antebellum, teased at the idea of hittin' the road together…. finally they're coming to you! Bringing the incredible talents of Kip Moore & Kacey Musgraves, country music fans cannot afford to miss this! Lady Antebellum are relatively new on the scene, forming their trio only in 2006. Since then, their popularity has rocketed as they have become platinum certified in the US, had 3 hit number one singles in the country music charts and to top it all off, 7 Grammy Awards! Exceeding all expectations, we can only expect that this is just the beginning of their reign! Kip Moore used to be a manager in retail store Abeercrombie & Fitch alongside a passionate songwriter. This encouraged him to take the plunge into a real music career and it's only just begun! After releasing four singles, inclusive of the number one hit 'Somethin' Bout a Truck', the star has recently announced that he is working on his second album for release later this year. After releasing 3 albums by herself, Kacey Musgraves was noticed as what will be a permanent fixture in country music. She toured with Lady Antebellum previously in 2012 for the UK tour 'We Own The Night'. The Co-Writer of Miranda Lambert's 2013 single 'Mama's Broken Heart' has true artistic talent ready for the spotlight. Kacey won the Grammy Award for New Artist of the Year in 2013.

With a long standing career of taking to the top of the charts, Lady Antebellum are one of those that just keep on giving their fans what they want! A 2018 tour ticks that box once again, so don't wait too long to grab your chance to see them LIVE!!