Lamb Of God, Clutch, & Corrosion of Conformity comes to Red Rocks Amphitheater on Tuesday 24th May 2016

Black T-shirt = check. Black boots = check. Long, spiky, mohawk hair or skinhead = check. Concert tickets to Lamb of God…? Prepare for your doom if you haven’t got tickets to enter the gates of the all-powerful and almighty kingdom of LAMB OF GOD!

True-to-core metal heads are gearing-up for this wild and filthy ride as LAMB OF GOD promises to crush the stage with their hard-hitting heavy metal repertoire. The eternal wrath of regret will be upon you if you miss this helluva of concert. You don’t have to sell your soul, you just have to buy a ticket! 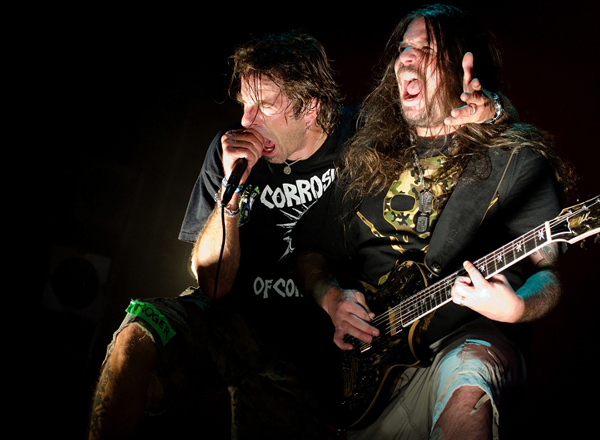 Guitarists Mark Morton and Willie Adler, bassist John Campbell, and drummer Chris Adler started out in 1994 as an instrumental band called ‘Burn The Priest’. By adding vocalist Randy Blythe into the fold in 1998, and to avoid being mistaken for a satanic metal band, they changed their name to Lamb of God.

Fans and critics could not exactly put a pin down on their genre. Some say they are groove metal, speed metal, thrash metal, death metal and hardcore punk. The band’s bassist John Campbell says they’re "a punk band that plays heavy metal”. Yet despite of these varying opinions, fans and critics alike are in agreement that they are masters of metal that will lord over the heavy metal scene from here to eternity. Lamb of God has released eight studio albums, one live album, one compilation album and three DVDs—which account for the 2 million cumulative sales figures that they amassed from the US market alone. Apart from their own sold-out shows, Lamb of God has relentlessly toured and dominated various rock and metal music festivals like Ozzfest, Download Festival and Sonisphere Festival in the UK, Soundwave Festival, Mayhem Festival, Gigantour, Metallica’s World Magnetic Tour, and many more.

With supporting guest acts CLUTCH and CORROSION OF CONFORMITY, this tour in particular promises to be brutally ferocious like no other as Lamb of God spews out the hits and unleashes the raging intensity of songs from their new and 7th studio album “VII: Sturm und Drang”.