Deep House and Progressive EDM DJ, Lane 8 comes to Red Rocks Amphitheater for a second night on Sunday, September 11th 2022 with very special guest sets from Le Youth, Massane (Live), and EMBRZ. “Red Rocks, I’m coming baaackkk!!! So excited for this show and happy to be joined by LE YOUTH Massane EMBRZ” Says Daniel Goldstein at the event announcement of his second ever Red Rocks Takeover and fourth time headlining the venue. Grab some tickets, hide your phones and get ready to bounce! Remember, enjoy the immersion and, This Never Happened. 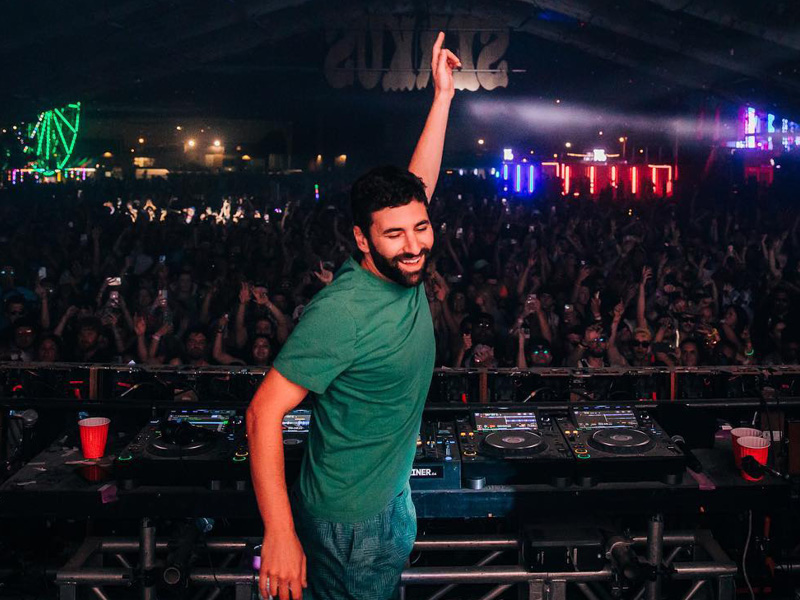 Denver, Colorado homeboy, electronic music producer and DJ, Lane 8, aka Daniel Goldstein released his fourth studio album, Reviver, this January. It features guest appearances by Channy Leaneagh, Arctic Lake, Solomon Grey, and Emmit Fenn. The deep house virtuoso has previously described this album as his "most dance floor focused album yet." So, expect to be jumping at the rocks Hard!

"While making Reviver, one of my primary goals was to reinvent myself as a producer," Lane 8 wrote. "I've always felt this way while working on albums – a nagging desire to break new ground and avoid repeating myself – yet the feeling was stronger than ever this time around. But as I was making the album, I realized how much I have changed as a person in the two years since my last album."

The new album follows his previous project, Brightest Lights, which was released in January 2020, featuring several appearances from the American synth-pop band POLIÇA, and British alt-rock trio Arctic Lake among other collaborators.

From right here in Colorado, Daniel Goldstein aka Lane 8 finally made his dream appearance at the Red Rocks for the first time in 2021 with an epic 4-hour marathon show. A show that Daniel described as, “a dream come true.”