It's time to revive the days of raving to live electronic house music with the crowd as the melodic house and techno DJ master, Lane 8, is back to revive the fun of his This Never Happened shows on the Reviver Tour 2022, stopping by at Red Rocks Amphitheater on Thursday, 8th of September, 2022. The DJ who took the electronic house scene by storm with his debut album "Rise", just released his fourth studio record, Reviver, a sonic masterpiece that brings listeners hope and energy for tomorrow. Joining him at Red Rocks are Le Youth, Massane, and EMBRZ. Heads-up, as Lane 8's shows always go, "Experience the moment, don't record it, this never happened". It's time to put down your phones, raise your hands, vibe and rave with the crowd to Lane 8's signature sonic beats live on stage. Book your tickets now! 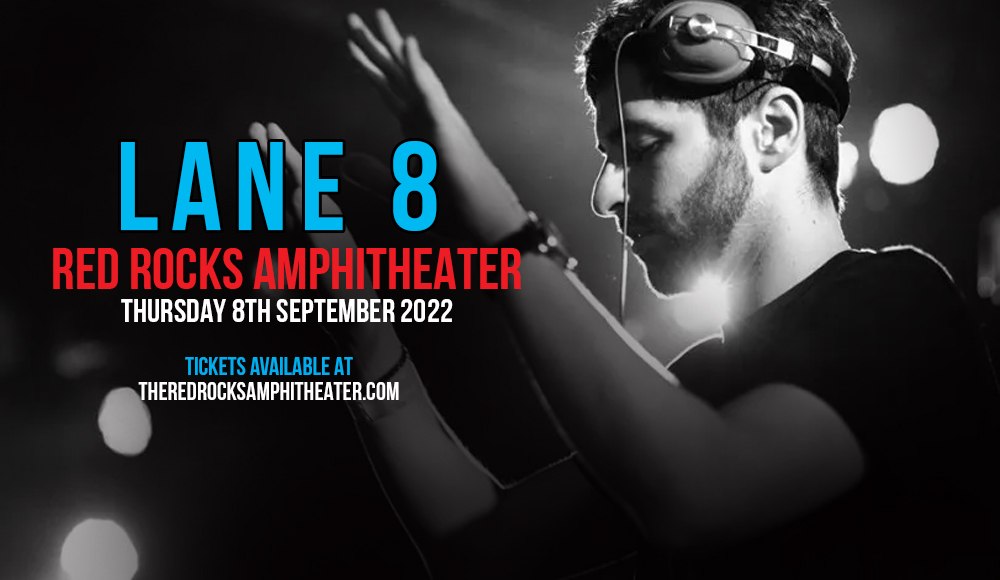 Daniel Goldstein or Lane 8 as well know him, hails from San Francisco, with the Lane 8 nameplate referencing from a pretend garage rock band formed with his sister when they were kids. Daniel later on experimented with hip-hop beats, influenced by the likes of DJ Premier and Pete Rock. From a play-pretend gig as a kid, Daniel took on the fast lane and embraced the identity as Lane 8, rising into prominence through SoundCloud.

Lane 8 used to describe his sound as "dreamy back rub house", to which listeners found an earful of captivating sonic magic as Lane 8 dropped his 2015 debut album "Rise", to which Your EDM said "the tracks on Rise tap expertly into pop appeal without ever compromising the key tenets of house music," giving it a 4/5.

The rising house DJ then dropped his succeeding records "Little by Little" in 2018, and "Brightest Lights" in 2020, along with several EPs and remixes.

As 2022 rose and revived live music shows across the country, Lane 8 dropped his fourth studio record, Reviver, which EDM.com says is "an introspective search for a more hopeful tomorrow". Notable tracks from his newest album include "Nuclear Lethargy", "Reviver", "Closer", and "Together", all induce sonic hope and optimism for listeners.

Along with a new album, Lane 8 is set to revive his signature 'This Never Happened' concerts, where a rule is set, “We do not allow any photo or video recording during the show to allow audience members to be more organically engaged in the music, the atmosphere and the community of the show.”

With phones down and hands right up, fans can enjoy Lane 8's sonic beats and the wild crowd's energy to house hits and fan-favorite tracks including "Field/Anthracite", "Stir Me Up", "Fingerprint", and "Ghost", without the disruption of a phone screen.

Lane 8's shows are a one-of-a-kind experience. It's time to put your phones down, raise your hands up, and jump as the beat drops at Lane 8's Reviver Tour. But first, book your tickets now!