Ok Colorado, are you ready to Jam?! Leftover Salmon with Andy Hall & Friends, Meadow Mountain, The Lonesome Days comes to Red Rocks Amphitheater on Saturday 8th May 2021. Wow, what a lineup! Leftover Salmon, the influential elder-statesmen of the Jam band scene, will have a brand-new album out just the day before, on May 7, 2021, so you are guaranteed some sweet new tunes to boot! Grab your tickets right now and get yourself down to Red Rocks, for an awesome night of epic Jamgrass rock! 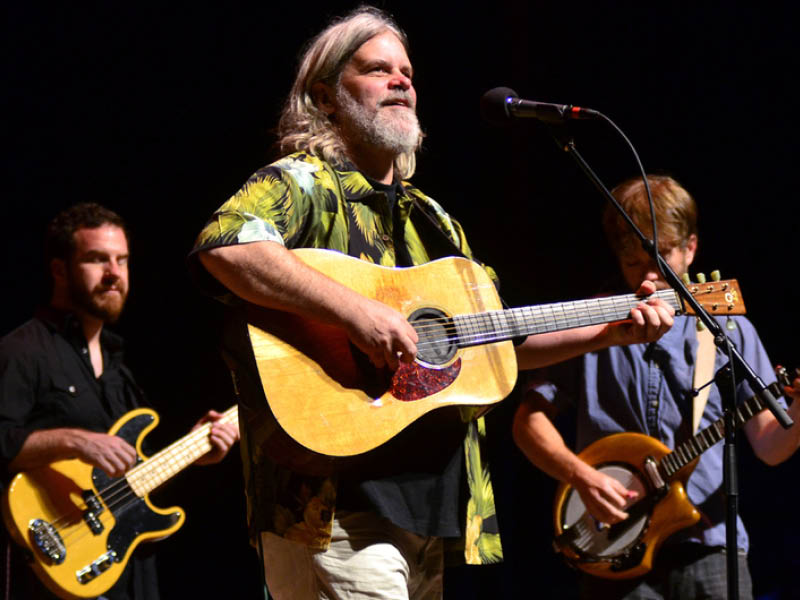 Leftover Salmon is built around the core of founding members Drew Emmitt and Vince Herman, the band is now powered by banjo wiz Andy Thorn and driven by the steady rhythm section of bassist Greg Garrison and drummer Alwyn Robinson. The band now features a line-up that has been together longer than any other in Salmon history and is one of the strongest the legendary group has ever assembled. Leftover Salmon were pivotal in creating a musical climate where bands schooled in the traditional rules of bluegrass could break free of those bonds, using nontraditional instrumentation and tapping into their innate ability to push songs in new psychedelic directions live. They play a musical blend of bluegrass, rock, country, and Cajun/Zydeco. Over their thirty years as a band Salmon have released eight studio albums, if you include, Brand New Good Old Days, due out May 7, 2021, and three live albums. Even fewer bands leave a legacy during that time that marks them as a truly special, once-in-lifetime type of band. And no band has done all that and had as much fun as Leftover Salmon. Since their earliest days as a forward thinking, progressive bluegrass band who had the guts to add drums to the mix and who was unafraid to stir in any number of highly combustible styles into their ever evolving sound, to their role as a pioneer of the modern jam band scene, to their current status as elder-statesmen of the jam band scene.