If you've been searching for that 'trail to follow again, it's time to lift your heads up as Lord Huron makes its return to the iconic Red Rocks amphitheater on Wednesday, 31st of May 2023. The American indie rock band is set to perform back-to-back nights at the iconic venues as tickets sell out fast! The "Night We Met" masterminds are set to perform their biggest hits, and crowd favorites, and throw big surprises on their back-to-back shows. Fresh from their acclaimed 2021 record "Long Lost", Lord Huron is taking this chapter to the next level with another set of Red Rocks shows following their sold-out two-night concerts in 2022. Don't miss out by booking your tickets now! 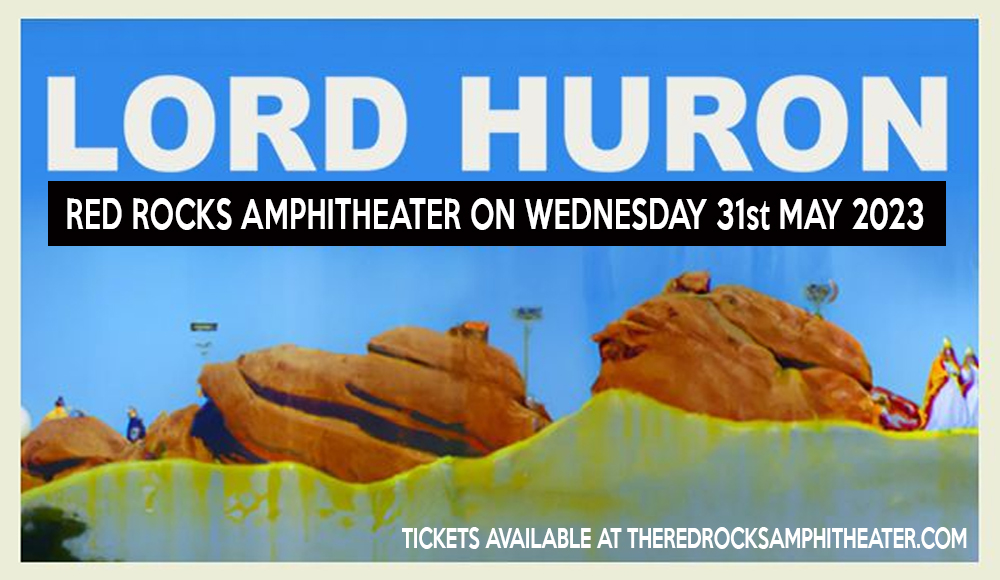 Rooted in Michigan, Lord Huron began as a solo act who welcomed band members as time went by. They debuted in 2012 with the release of their first album "Lonesome Dreams". From then on, Lord Huron began its journey of releasing songs that give off the vibe of old tales that speak volumes of emotion. "We had this fun idea that Lonesome Dreams was kind of this series of old adventure tales." Ben Schneider shared in an interview.

Lord Huron found its global breakthrough with their second album, "Strange Tales". The record featured their 3x Platinum hit single "The Night We Met" which was featured in the Netflix series "13 Reasons Why". The song brought the band to global mainstream waters.

In 2018, they released "Vide Noir", hitting the top ten on the Billboard 200 chart. The acclaimed album featured their singles "Ancient Names (Part I)", "Wait by the River", and "Never Ever".

Following waves of success and acclaim for their unique storytelling and emotional masterpieces, Lord Huron dropped their newest album "Long Lost" in May 2021. The new album produced new fan favorite singles "Not Dead Yet", "Mine Forever", "Long Lost", and "I Lied" with Allison Ponthier.

Fresh from wrapping up their 2022 tour dates in support of their new album, Lord Huron has become acclaimed for mesmerizing live renditions of their lyrical tales. If you haven't been to a Lord Huron show yet, you're definitely in for an emotional rollercoaster of a concert as every lyric comes to life.

Earlier this year, the band released a deluxe edition of Long Lost, featuring two new songs "Your Other Life" and "Ton Autre Vie".

Don't miss out on Lord Huron's shows at the Red Rocks by booking your tickets now!