'Oh take me back to the night we met… Well, the one and only Lord Huron just announced a second night on Thursday, June 1st, 2023 for his Red Rocks Amphitheater show. Fresh from wrapping up their 2022 tour dates in support of "Long Lost", the indie folk-rock band is set to perform back-to-back nights at the iconic Red Rocks. Taking on the global stage in 2017 with their breakout hit single "The Night We Met", Lord Huron has caused shivers and tears for every listener through their lyrical and melodic tales. Taking on a new chapter as 2023 comes running through, don't miss out on big surprises from Lord Huron by booking those tickets now! 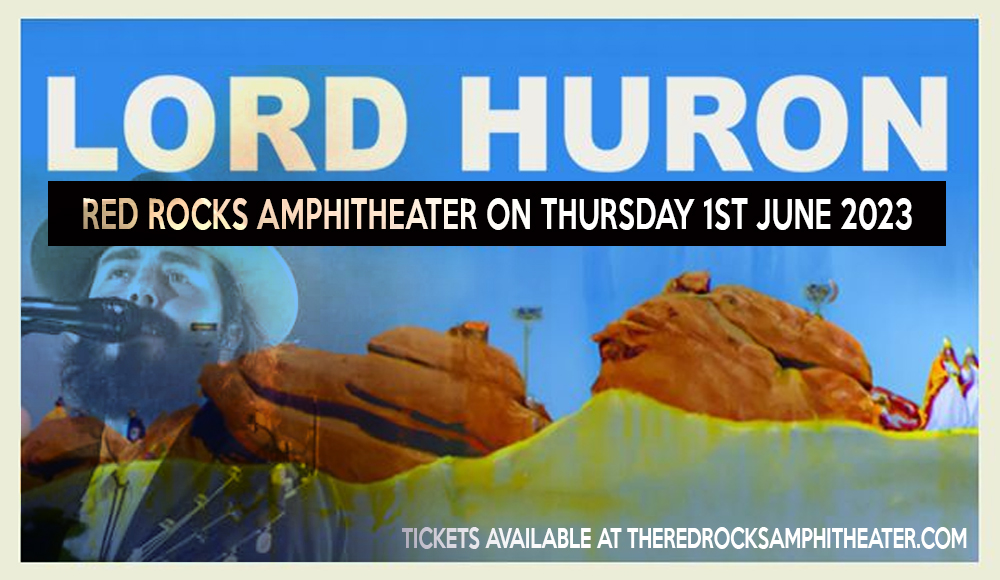 With its roots in Michigan, Lord Huron founder Ben Schneider began the act as a solo project and then invited members to come and form that band – what would become Lord Huron we know today. The band found its breakthrough when its single "The Night We Met" from their 2015 album "Strange Trails" became a viral hit after its feature on the Netflix series "13 Reasons Why". Sending shivers and causing tears for their emotional storytelling and production, Lord Huron quickly rose to the mainstream stage. The single has been awarded 3x Platinum by the RIAA.

Though gaining massive popularity in 2017, Lord Huron has ever since marked their sound that gives off vibes of old tales through emotional and heartfelt melodies and production. Their debut album "Lonesome Dreams" marked the start of a journey of music that speaks volumes of emotional messages to the listener's ear. "We had this fun idea that Lonesome Dreams was kind of this series of old adventure tales." Ben Schneider shared in an interview.

In 2018, Lord Huron dropped their third studio record "Vide Noir", hitting the #9 on the Billboard 200 chart. The acclaimed album produced their fan favorite singles "Ancient Names (Part I)", "Wait by the River", and "Never Ever".

In 2021, as the band grew a bigger fanbase for their emotionally-lit music and waves of acclaim from critics and fans alike, Lord Huron released their newest album "Long Lost". The new album featured their new singles "Not Dead Yet", "Mine Forever", "Long Lost", and "I Lied" with Allison Ponthier. In early 2022, the band released a deluxe version of Long Lost. The extended edition features their new songs "Your Other Life" and "Ton Autre Vie".

Don't miss out on Lord Huron's live shows at the iconic Red Rocks by booking those tickets now!