Everybody's favorite jam rockers are coming back to Red Rocks this coming Spring season! Thats right – Lotus are heading out back on the road and will be making a stop at Red Rocks Amphitheater on Saturday 25th April 2020! The talented group are a must-see for any music lover, so if you know someone who loves a live concert then look no further – book your tickets for Lotus LIVE today! 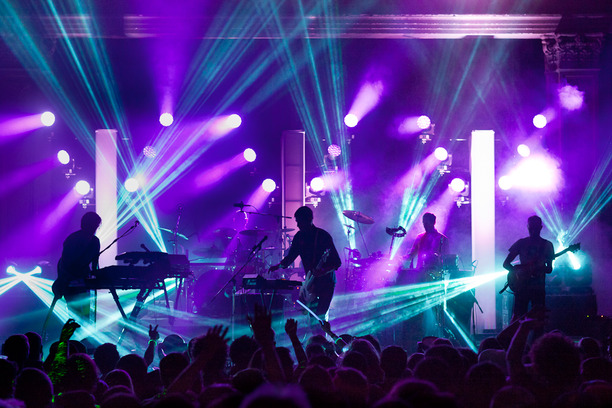 As one of the best live bands on the music scene, Lotus have created a high reputation for their impeccable improvisational skills throughout the years! As they first formed in Indiana back in the late 1990's, they quickly found their sound which can be described as "jamtronica" – the Lotus band have set the bar high for all jam bands around and have stayed at the top of their game.

With their countless outstanding performances, Lotus combine their effortless musicianship with their performance skills to ensure that each and every crowd at their shows are fulfilled and left wanting more. Some of their incredible triumphs include hitting the top Home Grown Music Network charts and receiving a nomination at the Jammy Awards. Together they are groundbreaking and showcase a tight unit of talent with their instantly recognisable grooves, riffs and more and have transformed their career from the underground to a highly recommended band.

As they've crossed over so many genre's, Lotus give a fresh and appealing soundscape from Jazz-Funk to Electronic music. Their now mature sound makes them a firm favorite and are at the top of every must-see concert list.

Come and catch Lotus LIVE as they touch down at Red Rocks Amphitheater this April – it's the perfect place to catch music just like there's, expect mind blowing light displays to match!