Alright Lotus fans, a Red Rocks Amphitheater is proud to present the first live show of 2021! Lotus on Saturday, April 24th 2021 only at Red Rocks Amphitheater! The original Jamtronica band, Lotus, will be performing one of their unique shows, with specially customized lighting setups for every night, and an exclusive and original set-list for every night! Grab your tickets now and come on an incredible musical voyage with Lotus at Red Rocks Amphitheater on Saturday, April 24th 2021. Treat yourself to a new and unique experience and with an ever-shifting musical style like Lotus this is going to be a show not to be missed! 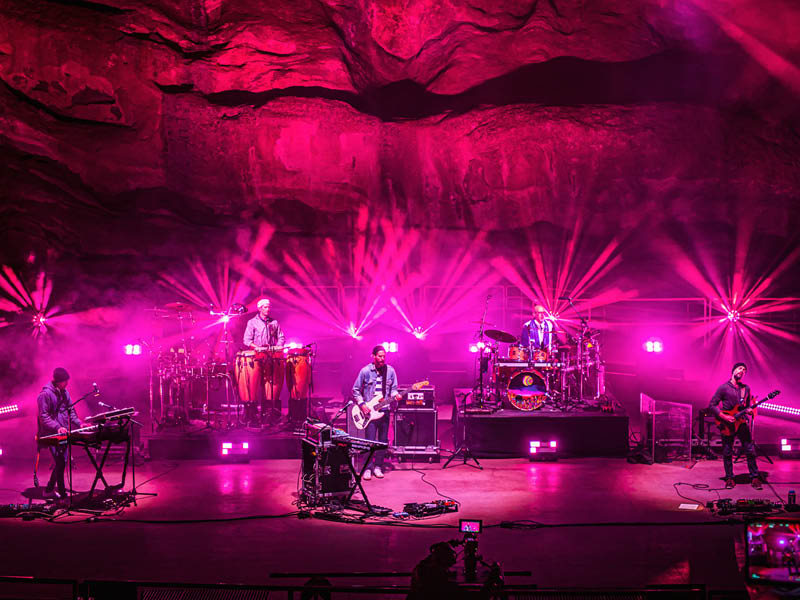 Lotus are a multi-instrument, multi-genre band formed in 1999. They incorporate elements of rock, electronica, jazz, jam, hip-hop, and funk. Their early albums were dubbed, Jamtronica, a fusion of electronica and jazz played like a Jam Band, they have slowly but consistently brought in more and more musical styles, adding sounds of classic electronic dance music, funk, post-rock and dance-rock. Influenced heavily by the band's love for dance music and artists like The Orb, Aphex Twin, Kraftwerk, Talking Heads, Brian Eno, and Air the band's style has gravitated toward elements of the electronic genre while maintaining the foundation of jam rock. Their brand-new EP, Citrus, released on April 6th 2021 and has definite new hints at elements of progressive and post rock, with some soothing synth waves.
Talking of their new EP, band member Luke Miller said; "I wanted to create a sense of blissful nostalgia with this one. Rolled vibraphone chords with a tight drum groove and a thick bass riff set the stage for a fleet guitar melody. The bridge ushers in a faster harmonized riff between the guitar and keyboard while the drums and percussion create a woody environment with stick clicks"
Grab your tickets to Lotus at Red Rocks on Saturday, April 24th 2021 now!