Lotus comes to Red Rocks Amphitheater on Saturday 23rd April 2022 for a one-off performance. They will be supported by special guests Cut Copy and STRFKR (Dj Set) as they mark the band’s return to Colarado’s infamous Red Rocks. They had a four-night run here this year which marked the return of events at Red Rocks after the pandemic. They have played here 13 times since making their debut in 2009, and this time they will be with their new guitarist Tim Palmieri. If you’re a lotus fan in Colorado, you cannot afford to miss out on such a special occasion. Get your tickets right now before they are gone! 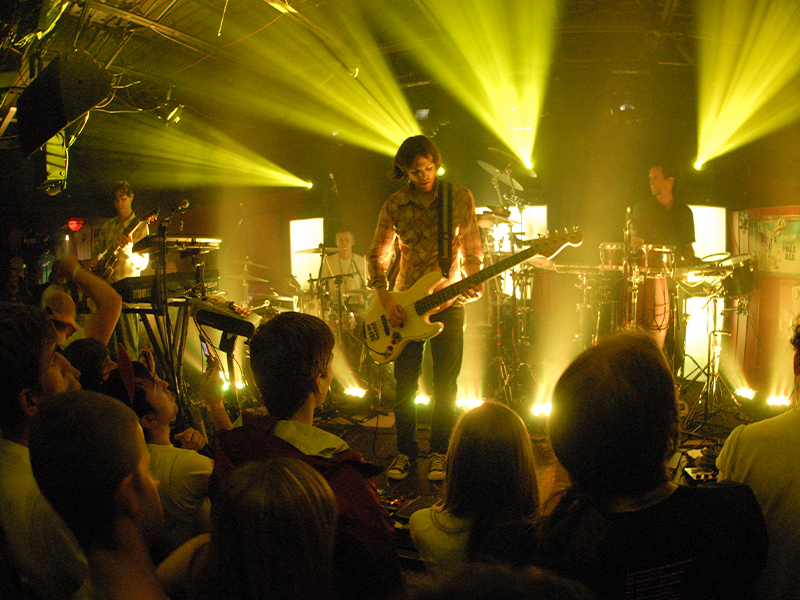 Formed in 1999, Lotus is an instrumental electronic jam band known for its electronic music around the world. After their first album was released in 2002, they signed with Harmonized Records, which saw them releasing one live and two studio albums between 2003 and 2006. In 2004, their album “Nomad” reached the top of Home Grown Music Network Charts and was also the HGMN best seller.
The best part of a Lotus concert is the lighting set-up and its unique blending with their music. The band has performed at numerous festivals such as Jam on the River, Wakarusa, Rothbury music festival, and the All good music and arts festival. Their amazing concerts are always in demand internationally as well. Lotus has toured Japan six times and played at festivals such as Fuji Rock. The atmosphere they create is brilliant, and audiences are never seen to stick to their seats (if there are any in the first place). Be a part of the Lotus experience by getting your tickets right now. This is a one-off show at the infamous Red rocks so make sure you don’t miss out by grabbing your spots early!