Louis The Child are back at Red Rocks Amphitheater on Friday 28th August 2020 for the second night of their Red Rocks takeover! The rising stars of the EDM scene have quickly become one of the genre's most sought-after acts, smashing out celebrated sets at some of the nation's biggest festivals and collaborating with some red hot artists to create some of the best EDM tunes of the past few years! Anyone who's followed the pair since the beginning knows that they totally deserve the hype and that their live shows are the cream of the crop! The crowd-pleasing twosome will be playing a unique, euphoric headline for both nights, and have a sexy little support line-up, with sets from What So Not, Elderbrook and Memba! 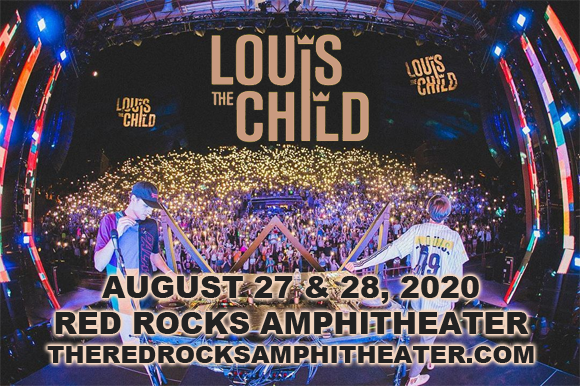