Get ready for a true Red Rocks show this summer!! That’s right, the venue’s favorites Louis The Child are teaming up with fellow frequent Colorado performers Big Wild for a massive co-headlining show on Thursday 24th May 2018!! They’re joined by special support acts Quinn XCII and Phantoms – it’s going to be an epic night at the Red Rocks Amphitheater!!! Tickets will sell fast for this hugely in-demand show – early booking is recommended to be sure of your place at the concert!! 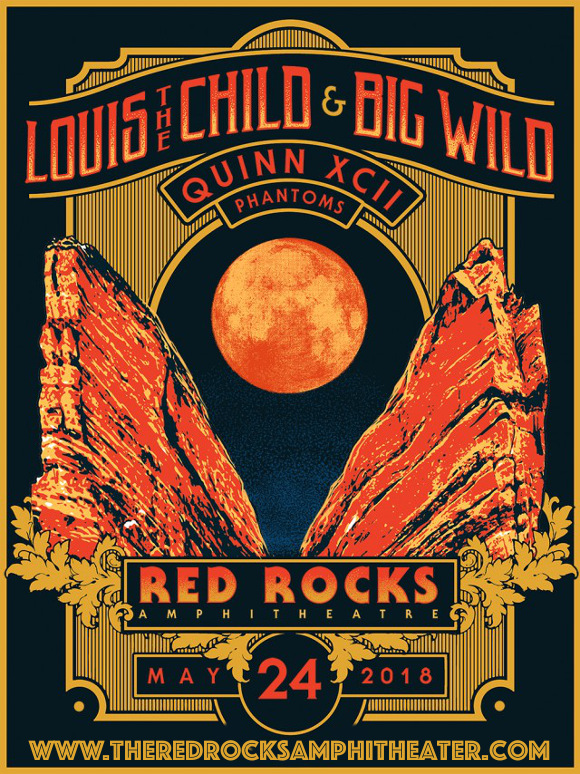 Since they first met at a Madeon show in 2012, Louis The Child have released a whole stream of singles, showcasing their uniquely warm, dreamy experimental electronic sound with their memorable synth hooks. They’ll be performing with their 2017 EP, “Love Is Alive,” featuring rapper Blaise Railey. Widely popular DJ and producer Big Wild is on tour with his most recent release, the amazing EP “Invincible,” released by ODESZA on their own record label.

In support is rising pop star Quinn XCII, who broke out in 2017 with the album “The Story of Us”, which hit the top 10 of the iTunes Pop Chart, with the lead single “Straightjacket”, named “Song Of The Month,” by Soundcloud!! Last but certainly not least, opening act Phantoms, a duo formed of former actors Kyle Kaplan and Vinnie Pergola, will set the scene with a soundscape of highly danceable electronica!

What are you waiting for?? Grab your tickets for this awesome show NOW!