Come out and play, prance around and trip the light fantastic! Be there as the Red Rocks Amphitheater transforms into an EDM playground when Louis The Child takes center stage. Save the playdate: Thursday, 11th July 2019. The dynamic DJ duo of Louis The Child's touring schedule has been on the radar of their legions of fans. For dance aficionados, this is their mecca, a hub and convergence of spirits raring to move and groove to pulsating beats and infectious energy. Now that the date and venue have been set, expect these kids to go on a mad scramble for tickets. If you don't jump at this opportunity, it would be a drag to miss out on all the music and euphoria. Get your tickets now! 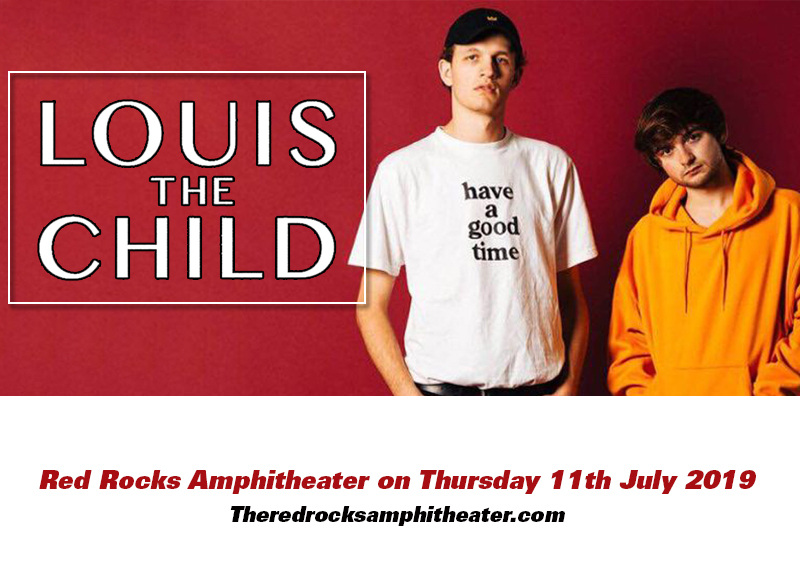 Freddy Kennett and Robby Hauldren are the dynamic EDM duo of Louis The Child. Hauldren comes from a family of musicians. He attended University for a year, then dropped out of college to pursue music as a DJ under the alias Haul Pass. Kennett was into songwriting and producing his own music since high school. In 2013, they both decided to get together as an electronic music duo and christened themselves Louis The Child. From a local Chicago following, Louis The Child's were on a popularity upsurge, then blew up into a national explosion when they released the single "It's Strange." Soon afterward, they were jumping on major stages and festivals such as Coachella, Lollapalooza, and Electric Forest. They started sharing stages with superstars namely Evalyn, Icona Pop, and K. Flay, among many more. Louis the Child has also earned glowing reviews due to their remixes of popular songs by artists like Ty Dolla Sign, Miike Snow, and Oh Wonder.