Canadian indie-rock oddball Mac DeMarco comes to Red Rocks Amphitheater on Monday 10th September 2018! The witty and easy-going star will be performing "slacker" tunes from his latest album, This Old Dog, and will no doubt cement his reputation as the millennial Jimmy Buffett with his charming and disarming banter and relatable lyrics! A must-see live act! 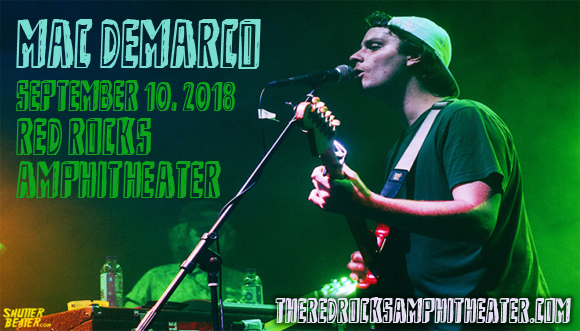 In 2009, Canadian indie-rock artist Mac DeMarco released his debut self-produced album, Heat Wave, under the name Makeout Videotape. The album brought DeMarco huge success on the local scene and led to him signing with independent label Unfamiliar Records, as well as earning him a support slot with fellow Vancouver band Japandroids. After a move to Montreal, DeMarco released the 2012 EP Rock and Roll Night Club, catching the attention of Capture Records, who released his debut studio album, 2, later that year. This Old Dog, DeMarco's third and most recent studio album, was released in 2017, reaching number 1 on Billboard's US Independent Albums chart.