Machine Gun Kelly comes to Red Rocks Amphitheater on Monday, October 18th 2021 with very special guests Jxdn and KennyHoopla. His fifth album, Tickets to My Downfall, is out now so grab yourself a copy because it is a departure from his established rap sound, the album is a more guitar-driven pop punk album his sound has shifted a huge amount over the last two years and this will be one of his first live gigs with this new sound, so you are in for a treat! Grab your tickets now to a whole new Machine Gun Kelly! 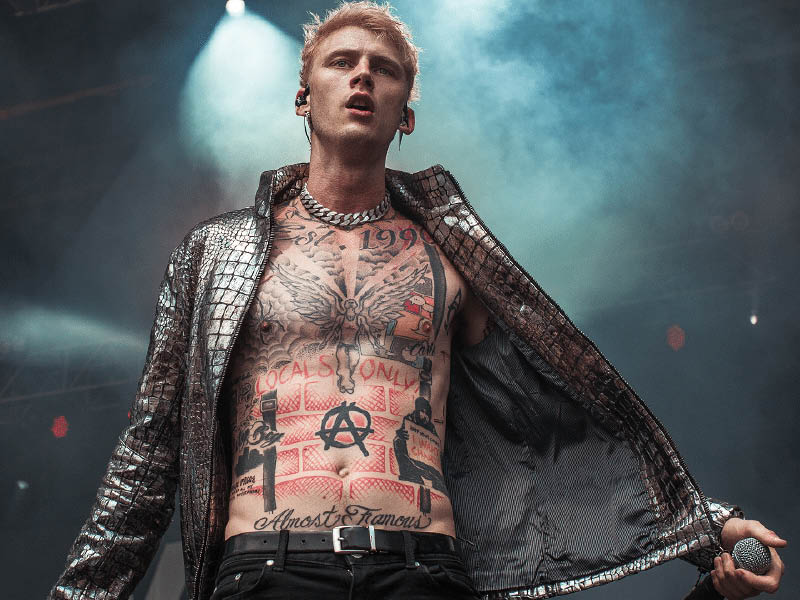 George Kelly Barnes, better known by his pseudonym "Machine Gun Kelly", was an American gangster from Memphis, Tennessee, during the prohibition era. His nickname came from his favorite weapon, a Thompson submachine gun… I’ve got the wrong Machine Gun Kelly, haven’t I? Hang on…
Colson Baker, known professionally as Machine Gun Kelly (MGK), is an American singer, rapper, songwriter, and actor. He is noted for his compositional blending of contemporary and alternative hip hop, and rock. He released his debut studio album, Lace Up, in 2012, which peaked at number four on the US Billboard 200 and contained his breakout single "Wild Boy". His second and third albums, General Admission, in 2015 and, Bloom, in 2017, achieved similar commercial success peaking at number four on the Billboard Hot 100. His fourth album, Hotel Diablo, from 2019, saw exploration of rap rock. His fifth album, Tickets to My Downfall, in 2020, marked a complete departure from hip hop and entry into pop punk. It debuted at number one on the Billboard 200, the only rock album to do so that year.
Ha, good one.