Progressive metal band, Mastodon & heavy funk rockers Clutch comes to Red Rocks Amphitheater on Sunday 3rd May 2015! Mastodon and Clutch share a longtime friendship as fans will recall Clutch front man Neil Fallon contributed vocals to “Blood And Thunder” (from Mastodon’s 2004’s Leviathan) so fans can expect surprises in store for fans throughout the tour rumbling across North America.
Together, this night of heavy rock will be one of the heaviest and most exciting concert events of the year! 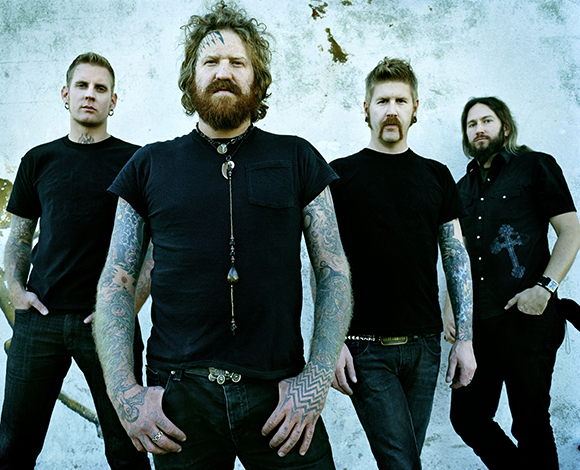 Mastodon are the acclaimed metal band of the new millennium, due to their innovative, lyrically astute blend of progressive metal, grindcore, and hardcore.
Formed out of a mutual admiration for the Melvins, Black Sabbath, Neurosis, and Thin Lizzy, Mastodon signed with Relapse Records (Today Is the Day, the Dillinger Escape Plan, Coalesce, Burnt by the Sun) in 2001 on the strength of a four-song demo. The EP Lifesblood arrived that same year, followed by the group's full-length debut, Remission, in 2002. The album made positive waves in the metal community, but it wasn't until 2004's Leviathan that the band's eclectic brand of proto-metal began to enter the bloodstream of the entire music community.
The album, eventually titled Once More 'Round the Sun, was released in June 2014, preceded by the sludgy single "High Road."

Clutch blend elements of funk, Led Zeppelin, and metal with vocals inspired by Faith No More.
Each of Clutch’s albums is marked by its own distinct and cohesive sound and the band’s musical style may be said to have migrated from hardcore punk to hard rock and blues over the course of their career.