Midland comes to Red Rocks Amphitheater on Saturday 22nd October 2022 (Rescheduled from Saturday 16th October 2021). Get ready! Grab your boots, get your dancing shoes on cause Midland are coming to Morrison, Colorado. Performing live this October, don’t miss your chance to groove along with these country favourites! Midland will be performing at Red Rocks Ampitheater on Saturday October 16th 2021. Midland: bringing traditional country music back! Don’t miss these heartthrobs and fashion-risk takers as they take to the stage this year! Order your tickets today to be a part of the western revival and experience their ‘The Last Resort’ tour at Red Rocks. 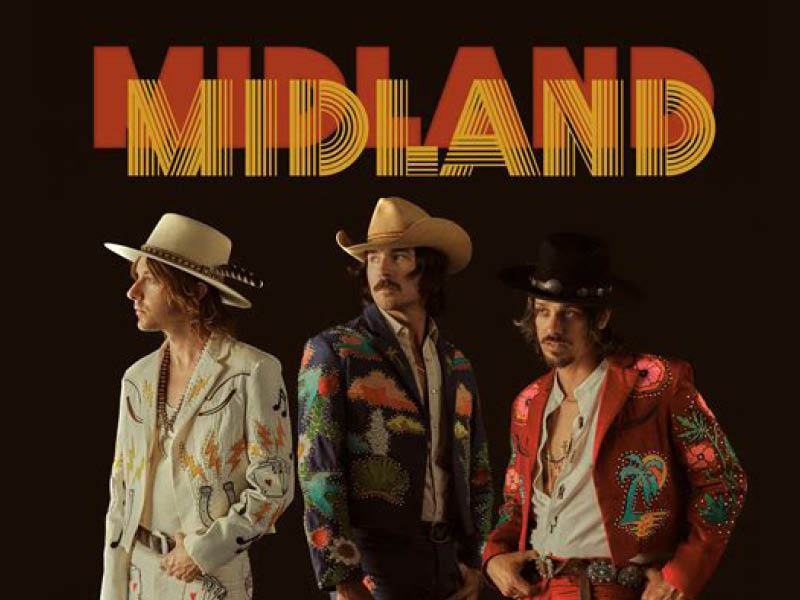 Midland are a country western band, originating from the heart of the South, in Dripping Springs Texas. Their music is traditional country through and through, so grab your Stetsons, and don your boots. Their sound and style is quintessential country, harking back to the 1970’s and 1980’s and the tradition of song, story and easy drinking guitars and they have been lauded and critically acclaimed for their rich sound and toe tappingly good music.

Rolling Stone wrote that "the Texas-based band blend their voices to produce country music that recalls a mix of George Strait, Urban Cowboy and Seventies yacht rock." Billboard has described the band's sound as "a definite George Strait '80s New Traditionalist feel to it, combined with the rich California harmonies that made The Eagles legendary."

Their critically-aclaimed album – Let it Roll, was number one on Billboards Top Country Sales Chart and they have had several top 40 and well received singles. Their 2017 album, On the Rocks, was named ‘the years best Country album’ by non-other than the Washington Post. Midland have also been called New Vocal Group of the Year at the ACM Awards and have had Grammy Awards nominations for Best Country Duo/Group and Best Country Song. So don’t miss out on a night you will remember!