The undisputed King of Indie, Morrissey, makes his return to the United States this summer with a headlining tour! Fresh from his recent European stint, the sensitive Smith's singer spoke of his enjoyment of the tour, writing: "Is it illegal to be this happy?" No doubt fans will reach similar levels of elation seeing the 80s legend in concert – catch him at Red Rocks Amphitheater on Thursday 16th July! 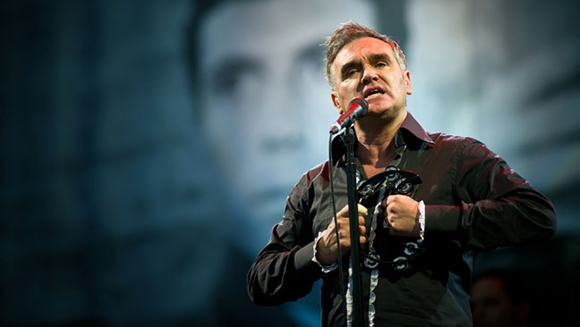 Morrissey ascended to fame in the 1980s as the lyricist and vocalist of the revered British rock band The Smiths. The band became cult favorites, gaining both critical and commercial success in the United Kingdom, but disbanded in 1987. During his time in The Smiths, Morrissey developed an avid fan base, becoming a cultural icon with his politically charged, acerbic lyrics and inherent sense of style. He is broadly seen as an important innovator in the indie music scene, with music magazine NME considering Morrissey to be "one of the most influential artists ever". After the break-up of The Smiths, Morrissey began a successful solo career, making the top ten of the UK Singles Chart on ten occasions. His first solo album, 1988's Viva Hate, entered the UK Albums Chart at number one. His tenth studio album, World Peace Is None Of Your Business, was released in July 2014.