There’s great news for indie rock music fans in Colorado! Sensational rock band Mt. Joy is set to take over the Red Rocks Amphitheater this summer! From Thursday 17th to Friday 18th August, Mt. Joy will deliver their electrifying setlists packed with their biggest hits and new songs from their latest album, Orange Blood! These shows are anticipated to be among the season's best rock concerts thanks to Mt. Joy's amazing live sets! If you’re a Mt. Joy fan, you can grab your 2-day pass to their two-night run at the Red Rocks Amphitheater! 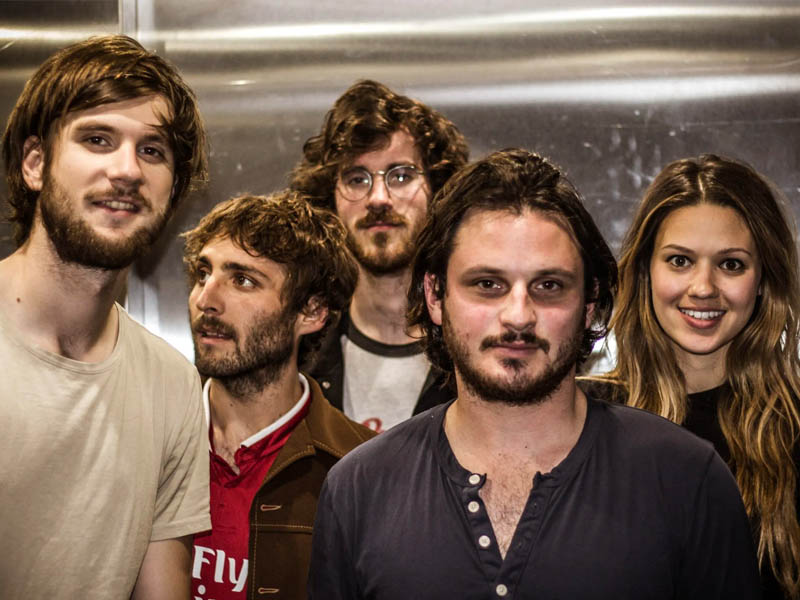 Mt. Joy, a sensational blues and indie rock quintet from Philadelphia, emerged in 2016 and debuted their single, “Astrovan.” The debut song was followed by several more songs, including the band’s most popular and gold certified single, “Silver Lining,” which topped the Adult Alternative Airplay (AAA) chart. In 2018, Mt. Joy dropped their fifth single, “Jenny Jenkins,” which peaked at number 5 on the AAA chart. All these singles were featured in the band’s self-titled debut album, released in 2018.

In 2020, the band released their sophomore effort, Rearrange Us. To promote the album, Mt. Joy toured with Rainbow Kitten Surprise followed by a headlining tour during spring. The album spawned two chart performing singles, “Strangers,” peaking at number 5, and “My Vibe,” which peaked at number 36. Rearrange is Mt. Joy’s first record to enter the Billboard 200. The album, also topped Billboard’s New Artist Album and Alternative New Artist Album charts. Meanwhile, the album performed impressively on the Americana/Folk chart, debuting at number 2.

Two years later, Mt. Joy dropped their latest album Orange Blood, released in the summer. The album features highly acclaimed singles, including “Lemon Tree,” “Evergreen,” and the title track. During the album’s production, the band traveled to the desert to write and the music. Frontman Matt Quinn explained during an interview how they were inspired by their reclusive location. “I was definitely drawn to the color orange. When we were in the desert, everything revolved around the sun. I started playing with the idea that the light we see is this sort of orange blood that runs through all of us and gives life to everything it touches.”

Check out Mt. Joy’s biggest hits and latest songs from their new album by scoring the 2-day pass to their shows at the Red Rocks Amphitheater!