Mt. Joy comes to Red Rocks Amphitheater on Wednesday 17th August 2022 as part of their upcoming tour. Colorado’s Red Rocks Amphitheatre is one of the best venues for live music in the country and fans are excited as Mt. Joy are set to perform there on 17th August, 2022. The Los Angeles based Indie Rock band debut in 2016 with their single Astrovan following 2017’s release of Silver lining which eventually became a chart-topper. They had a tour scheduled with The Lumineers until COVID arrived and it had to be cut short. However, their fans can rejoice as they are back to performing live once again. Make sure you buy your tickets ASAP! 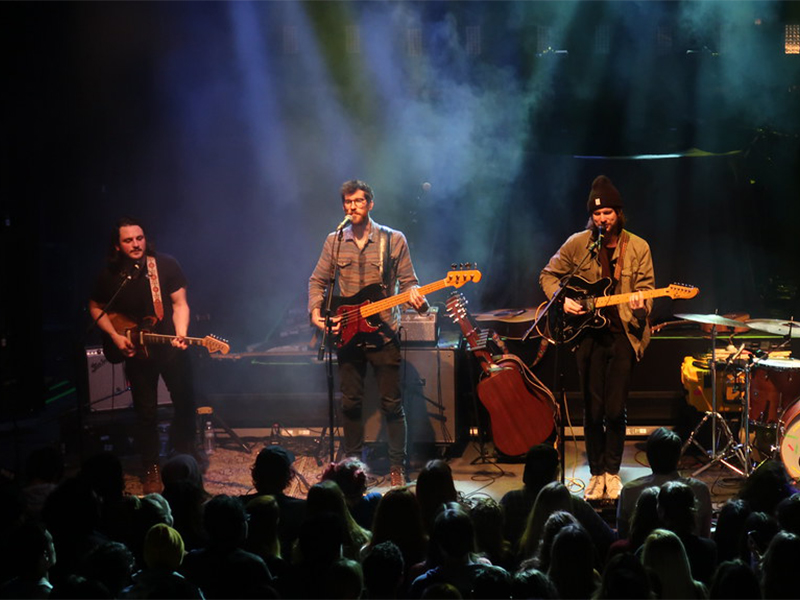 Mt. Joy consists of vocalist/guitarist Matt Quinn, Guitarist Sam Cooper, Drummer Sotiris Eliopoulos, Pianist Jackie Miclau and Micheal Byrnes. They have already played at famous festivals such as Newport Folk Festival, Lollapalooza, and Bonnaroo. They have opened for other famous bands, including The Head and the Heart, The Shins, Whitney, and The Revivalists. In 2017, Mt. Joy signed with Dualtone Records.
As an Indie Rock band, Mt. Joy promises one of the best live music experiences across the country. There is always a screaming crowd, dancing around to their tunes while the band constantly radiates positive energy from the stage. Sometimes it’s the magic of lead vocalist Matt Quinn that encapsulates the audience, or it’s Jackie Milau’s stunning Piano skills that steal the show with one of her solos. Their presence on-stage is one of the better ones as Indie Band, which is why so many fans are always looking forward to their live events. If you want to catch them live at the Red Rocks Amphitheater, this is the best time to book your tickets before they sell out!