Day one of My Morning Jacket’s mini festival out at the Red Rocks Amphitheater on Friday, August 26th 2022 with very special guest, Joy Oladokun. Grab some tickets for an awesome day of Indie, Americana verging on Experimental rock. Both My Morning Jacket and Joy Oladokun have new albums out, so, this will be a great gig to finally get to hear it all live! My Morning Jacket, the album, finds the band, My Morning Jacket, back in fighting shape and embracing their eclectic psychedelic roots-rock vision with passion and clarity. This should be an awesome gig from a band you haven’t seen live since 2016! 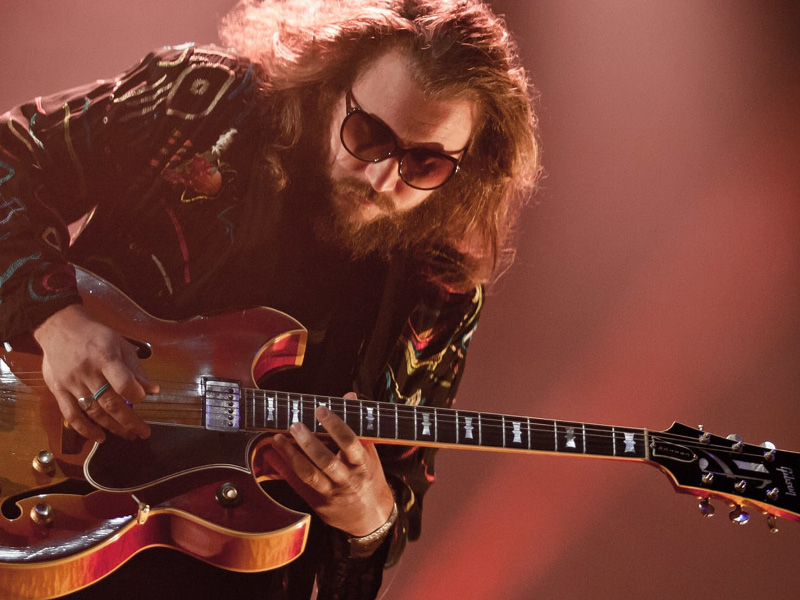 My Morning Jacket formed in Louisville, Kentucky from members, singer and guitarist Jim James, bassist Tom Blankenship, drummer Patrick Hallahan, guitarist Carl Broemel, and keyboardist Bo Koster. The band were first popular in Europe with the release of its debut album, The Tennessee Fire in 1999, but slowly gained fans stateside for their awesome live shows and in 2001 they released their second album, At Dawn, to huge American praise.

Their latest, ninth studio album, My Morning Jacket, released in October 2021, and is their first album of newly recorded material in six years, following, The Waterfall, from 2015 and the follow-up, The Waterfall II, in 2020 which features previously unreleased music from the same 2015 sessions. The new album, My Morning Jacket, came in at number 49 on the Billboard 200, number 8 on the Top Rock Albums and number 7 on the Independent Albums charts.

“I hope this album brings people a lot of joy and relief, especially since we’ve all been cooped up for so long,” lead singer Jim James said about the new album. “I know that feeling you get from driving around blasting music you love, or even lying in bed and crying to the music you love. The fact that we’re able to be a part of people’s lives in that way is so magical to us, and it feels really good that we’re still.”

Singer-songwriter Joy Oladokun's music is influenced by her identity as a queer woman of color. She has released three studio albums; Carry, in 2016, In Defense of My Own Happiness (The Beginnings), in 2020, and in 2021 her latest album, In Defense of My Own Happiness. In 2021, she was nominated for an Americana Music Award for Emerging Act of the Year, and in 2022 she was nominated for a GLAAD Media Award for Outstanding Breakthrough Music Artist for her latest album.