Get ready to experience one of the best live music bands on the entire scene! This summer – Nathaniel Rateliff and The Night Sweats will be coming to perform at the perfect setting of Red Rocks Amphitheater on Tuesday 29th August 2017! These guys are the real deal with their Vintage sounding Blues infused Americana style… Book your tickets and come on down – you really won't regret it! 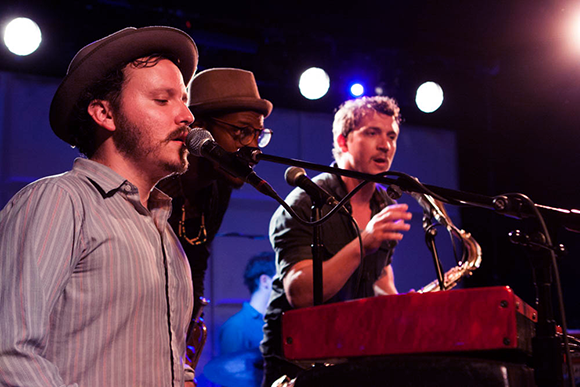 Nathaniel Rateliff hails from Germany where he was first born and later moved to Denver. With his move became the move of usic and he formed a band to showcase his talent. Taking influence from the likes of Iron and Wine, Rateliff signed to Public Service Records in 2007 – in just a few years, he produced albums;
Memory of Loss in 2010 and another in March 2011. These guys hit the big time in NYC which gained so many incredible reviews, including a 4 star featured by Mojo!