What an incredible line up! Needtobreathe, Drew Holcomb and The Neighbors, Colony House & Switchfoot are all coming to Red Rocks Amphitheater on Tuesday 21st July 2015 for this one night! Their soaring vocals give a very distinctive sound that feel as though it connects to you personally. "For us, it's not so much a sound than a feeling. It's just about having some soul in the words you write, the music that you play. And it's something that just comes naturally to us."
This very rare opportunity to catch these guys live is a definitely one not to miss! 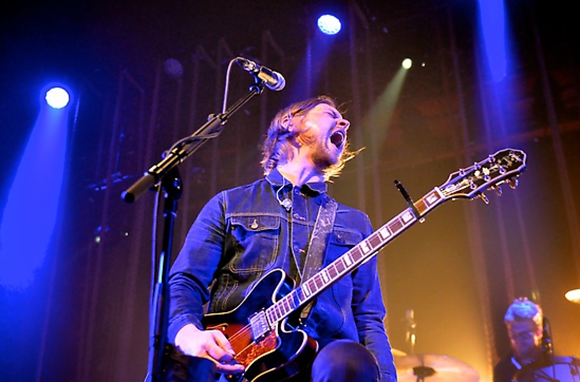 Hailing from South Carolina, Christian/rock band, Needtobreathe was formed by two brothers literally out of no where, "Trust me – there was absolutely no music scene there." Growing up in a isolated area brought in an independent way of thinking and there for influenced their songwriting. Just by touring the south alone, Needtobreathe sold an impressive 15,000 copies of their self-released EP's, before they hit the big time. After traveling along their musical journey of years of touring, the band released their album, 'The Heat', which went to #2 on the Heatseekers chart and spawned the hit single "More Time," a top 10 success at Triple-A radio. This sat nicely next to establish artists such as Coldplay and Jack Johnson.
The band continues to expand to new fans across the planet and it's down to all of the hard work that these boys set out to prove from the very start. "This band is our life – it's everything, really the only thing, that we've done for the last 10 years."