Neil Young & Willie Nelson's Sons – Promise of the Real are teaming up on a 2015 summer tour! They will be rocking the stage at Red Rocks Amphitheater on Wednesday 8th July 2015. Where you can catch their impressive performance of classics as well as brand new never heard before tracks, off of the upcoming collaborative album. Don't miss this exciting opportunity to see these incredible artists LIVE! 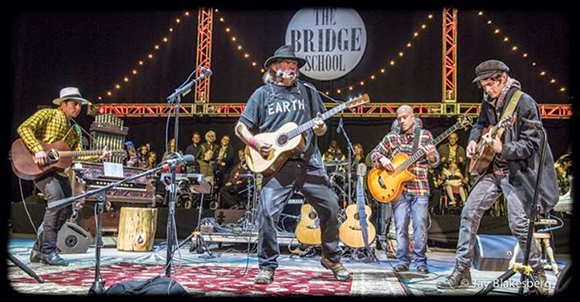 Neil Young is a Canadian singer-songwriter who has been writing and performing for a very impressive 45 years consisting of 35 studio albums! His music has become iconic and has inspired so many artists to come after his time. He was inducted into the Hall of Fame twice and entered into the Canadian Music Hall of Fame, as well as a string of awards under his belt.
Over the years, Young has made his mark as a true folk artist with a distinctive style which mixes soft acoustic guitar playing, stunning lyrics, country harmonica melodies and powerful solo's together. His successful number 1 hit was "Heart Of Gold" in 1972, which to this day is one of the most iconic songs of all time.
Young has consistently demonstrated a dedicated passion, he is a true artist who understands that self-revival is the only way to avoid burning out, this realization has granted him with the recognition he deserves. He now returns with a collaborative tour with Promise Of The Real which has already had excellent reviews.