Multi-platinum-selling Michegan rapper NF comes to Red Rocks Amphitheater on Sunday 13th October 2019 in support of his highly anticipated upcoming album The Search! The underdog rapper will be performing brand new material from album, which is the follow-up to 2017's chart-topper Perception, as well as other fan favorites! Don't miss your chance to see this hip hop sensation live! 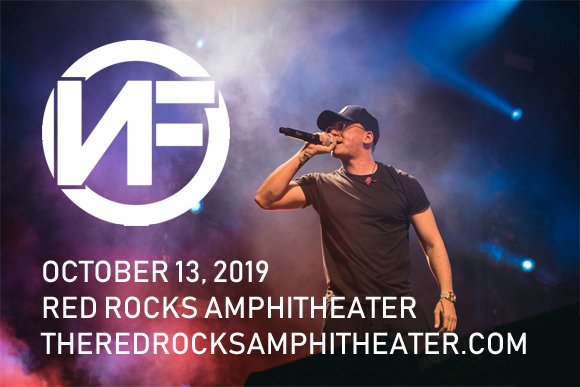 American rapper, singer and songwriter NF (aka Nate Feuerstein) has found success both in the Contemporary Christian Music and rap worlds since his self-released debut album, Moments (2010). His 2014 self-titled EP served as his breakthrough into the Billboard charts, followed by three albums:  Mansion (2015),Therapy Session (2016) and Perception (2017). Perception debuted at number one on the Billboard 200 and launched the single "Let You Down", introduced him to a global audience, charting internationally and gaining triple platinum certification in the United States. The Search, NF's fourth studio album, is slated for release in July 2019.