If you always wanted to catch Niall Horan live, now’s your chance – the One Direction star is about to embark on a massive North American tour in 2018, with a spectacular show at the iconic Red Rocks Amphitheater venue on Monday 20th August!! Joining him on the road is the chart-topping country sensation Maren Morris, with whom Niall Horan released the duet “Seeing Blind” – who knew that the pop star would pair so well with country?? Don’t miss your chance to see all that Niall Horan has to give on his solo performance – get ready for the songs you know and love and some surprises too! 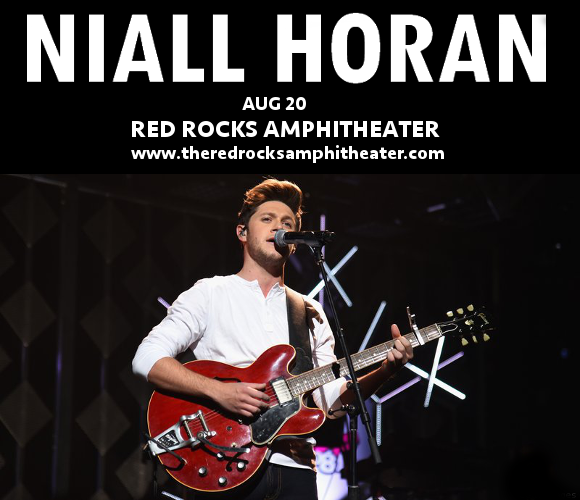 In 2016, Niall Horan parted from One Direction to pursue the solo career he’d always dreamed of when he first auditioned for British television series The X Factor, where One Direction were first put together. With the release of the hit songs “This Town,” and “Slow Hands,” he showed his skill as a songwriter and solo artist in his own right!

Horan’s debut album “Flicker,” released October 20th 2017, is a departure from his music with One Direction, inspired by classic rock acts including The Eagles and Fleetwood Mac. "Whenever I would pick up a guitar, I would always naturally play chords like that, and finger pick a lot and play that folky kind of style,” he explained, regarding the album’s new sound.

Be among the first to hear it live – get your tickets to see Niall Horan and Marren Morris live NOW while they last!!