Unfortunately this event has been cancelled. Singer Chad Kroeger is battling a respiratory illness and unable to perform. Please check your emails for notifications and updates from your chosen ticket provider, refunds will be made available.

Modern rock icons Nickelback have announced a huge 2015 tour, supporting their new album No Fixed Address which will hit shelves later this month (Nov 18th). The Canadian rockers will touchdown at the Red Rocks Amphitheater on Tuesday 7th July 2015. Dominating the commercial rock, Nickelback have sold over 50 million albums worldwide, with hit songs including "How you Remind Me" and "Someday". Get your tickets early for the best seats! 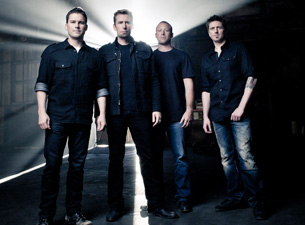 One of the bestselling rock bands of all time, Nickelback are a forced to be reckoned with. The band have released 7 albums with an 8th due out later this month dubbed "No Fixed Address". Well known for their catchy rock songs and heartfelt lyrics of "How You Remind Me", "Someday" and feel good rock hit "Rockstar". The new album features already hit songs "Edge of a Revolution" and "What are You Waiting For". You can here these live at the Red Rocks Amphitheatre, grab your tickets today!