The Canadian group, Nickelback are taking to the road once again to bring their brand new album "Feed The Machine!" This is a moment that fans have been waiting for, Nickelback LIVE on stage, bringing new material and classic anthems to an energetic crowd…

On support for this unmissable show is Daughtry – catch all of this at Red Rocks Amphitheater on Tuesday 12th September 2017! Tickets are on sale NOW! 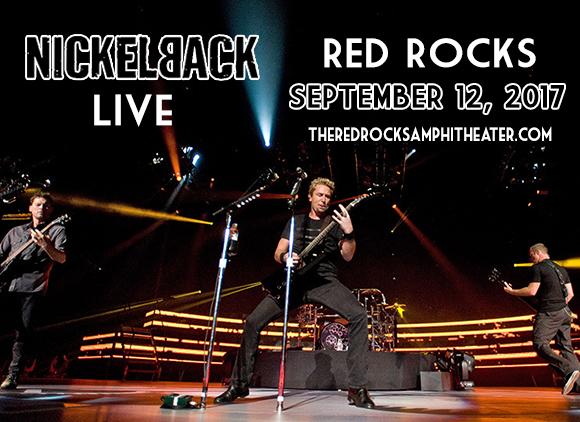 Known for best for hits, such as “Photograph,” “Rockstar” and “How You Remind Me” – Nickelback have taken the world by storm since the early 2000's with their catchy Rock anthems.
Made up of vocalist Chad Kroeger, guitarist, keyboardist and backing vocalist Ryan Peake, bassist Mike Kroeger, and drummer Daniel Adair, the band begun to churn out mainstream successes one after the other!

As now one of the most commercially successful Canadian groups, they have sold an impressive 50+ millions albums globally and it doesn't stop there – Billboard ranks them the most successful rock group of the decade for their song that will forever stay in their fans hearts: "How You Remind Me."