The second night of dark, Industrial music grinding on the rocks, the Nine Inch Nails, U.S. 2022 Tour comes to Red Rocks Amphitheater on Saturday, September 3rd, 2022. The alt-rock-industrial-dance-electro engineers, Trent Reznor and Atticus Ross are back for a second night out in Morrison, Colorado, grab some tickets and come see if they can grind down what’s left of the rocks after Friday’s show… You do not want to miss this gig. It's going to be a spectacular night out. 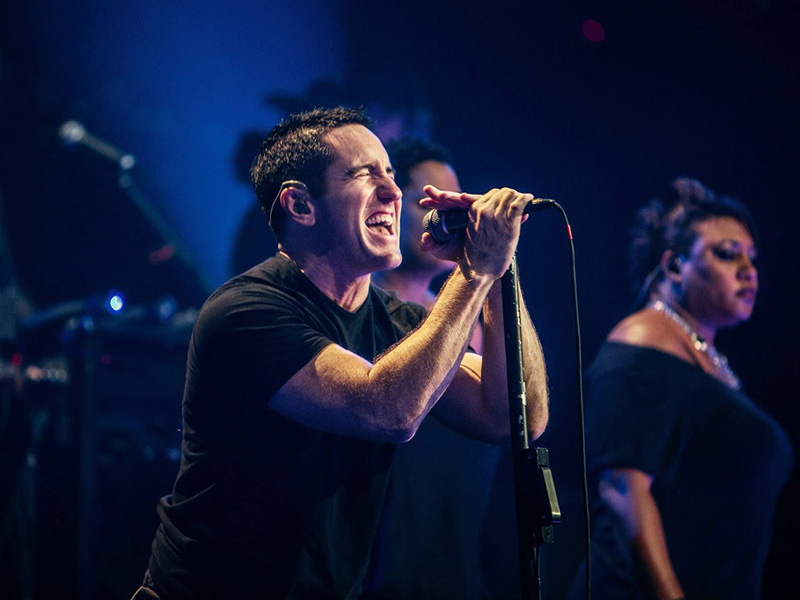 Since they began in 1988, Nine Inch Nails have sold over 20 million records and been nominated for a staggering 13 Grammy Awards, winning 2 for the songs, "Wish" in 1992 and, "Happiness in Slavery" in 1996. In 1997, Time magazine named Reznor one of its most influential people of the year, while Spin magazine has described him as "the most vital artist in music". In 2004, Rolling Stone placed Nine Inch Nails at number 94 on its list of the 100 greatest artists of all time. Nine Inch Nails were nominated for induction into the Rock and Roll Hall of Fame in 2014, their first year of eligibility; they were nominated again in 2015 and finally in 2020, Nine Inch Nails were officially named for induction into the Rock & Roll Hall of Fame, the induction includes former live band members Chris Vrenna and Danny Lohner, as well as current members Alessandro Cortini, Ilan Rubin, who became the youngest person ever inducted into the Hall of Fame, longtime guitarist Robin Finck, and the two full time members of the band, Trent Reznor and, Atticus Ross.

Along with lead singer Trent Reznor and Atticus Ross the tour lineup of Nine Inch Nails currently is guitarist Robin Finck, bassist Alessandro Cortini, and drummer Ilan Rubin. The band last toured in 2018, they did have a tour booked for 2021 but had to cancel. Since 2018 they have released the albums, Ghosts V: Together and, Ghosts VI: Locusts. In addition, Trent Reznor and Atticus Ross have released music for Bird Box, Watchmen, Soul, Mank, and more. Taking home, the Academy Award and Golden Globe for Best Original Score for their work on Soul. The duo also produced the album, If I Can’t Have Love, I Want Power, with Halsey, The New York Times stated, “Halsey and Nine Inch Nails have so much in common: skill at generating drama through sheer sound, as well as a willingness to admit the worst.”