The energetic jam group – O.A.R. are coming to Red Rocks Amphitheater on Sunday 11th September 2016! O.A.R sure know how to rock the house down with their powerful performances. As 2016 shapes up to be a busy year for their live tour, they also announce the news of brand new record XX.
Their previous release debuted #13 on Billboard's top 200 and #1 independent albums – creating an exciting buzz around them. If you're a fan of true classic rock infused anthems then book your tickets and head on down… 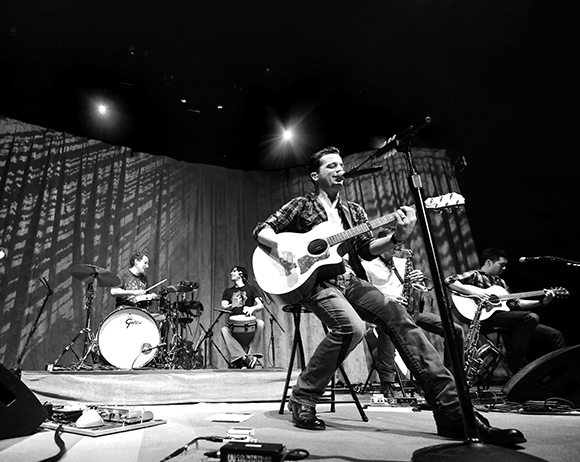 "This is one band that must be seen live too be fully appreciated. What great story telling songs. Infectious music. Makes you want to jump up and down and sing along. They are just plain FUN!"

"The reason I keep going back is because their shows are never the same and they never disappoint. You can tell these guys love what they do. They interact with their fans like no other bands I've ever seen and they are truly grateful. They'll play requests, they recognize faces they've seen in the front row show after show. This is hands down one of my favorite tours over the years. They are having a blast and it shows."