Pop punkers, Panic! At The Disco are coming to rock Red Rocks Amphitheater on Saturday 10th October 2015! Joining them on their 2015 tour around north America is indie rockers, American Authors & X Ambassadors. Panic! At The Disco have a big year ahead as they are set to perform at the summer UK festival, Reading and Leeds along with EPIC stadium shows around the globe. And just when you thought it couldn't get any better – a brand new album is in the making! Get ready for an unforgettable night! 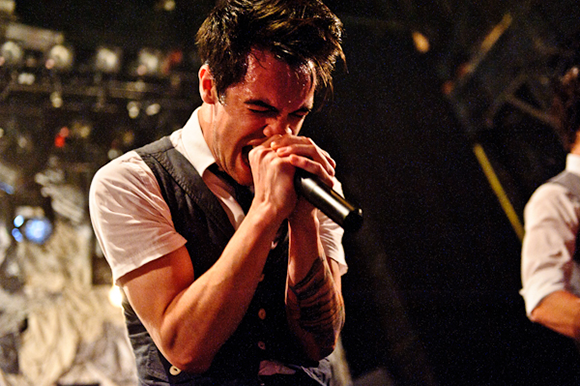 Panic! At The Disco arrived on the emo music scene back in 2005 with their debut album, 'A Fever You Can't Sweat Out', the record exploded and soon every teenager around the entire world was blasting their rebellious tunes – in particular their smash hit single, "I Write Sins Not Tragedies."
Like many emo punk bands at the time, Panic's costume style and props became just as important as the music, their style was a cross between new romantic, circus and hints of clockwork orange.
Their performances and music videos became a theatrical display, like never seen before.

Since then, Panic! At The Disco have released a total of five studio albums, including their most recent record that is yet to be released, however their single "Hallelujah" has already received an incredible response, debuting on the Billboard Hot 100 at No. 40, the band's second highest ever after "I Write Sins Not Tragedies"!