Peter Frampton has announced that this year will be his final tour across the stages – making this your last chance to catch him LIVE! As he heads out for his North America dates, the legendary artist will be coming to Red Rocks Amphitheater on Wednesday 31st July 2019 for one night of solid entertainment! Don't miss your chance to see him perform – tickets are now on sale for this unforgettable night! 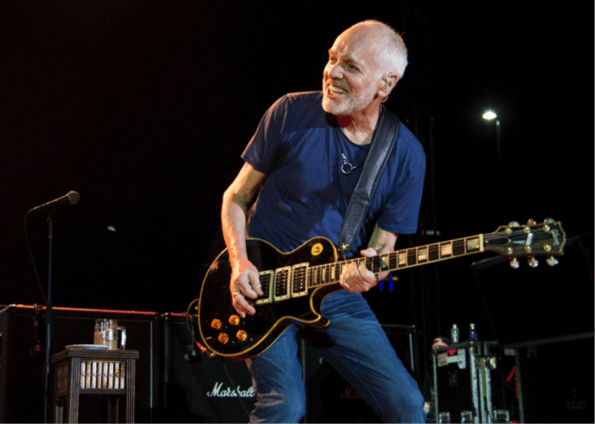 The British-American artist, Peter Frampton is a multi-talent, with his skills lying in all kinds of music fields, the producer, singer, songwriter and guitarist has been rocking his career for over 50 years! As he learnt and started to sing way back in the 1960's, he realised quickly as he was growing up that music would be his passion in life. From the get go his plan was set to become a performer so it's no wonder that when he got the chance to join a group he did just that.

Peter Frampton first started off in the psychedelic rock group, The Herd and moved onto creating another band Humble Pie with Steve Marriott from the Small Faces. Together they were successful and made four album releases along with a live record that fans just couldn't get enough of! In 1972, Frampton decided he wanted to pursue his solo career and created a new album under his own name within just a year of the split from Humble Pie. It was pretty clear that the next chapter of his life would be focussed on crafting his very own releases as they quickly became a hit. His breakthrough record however wasn't a studio one but a live album, Frampton Comes Alive! The recordings pushed him even further into the mainstream and gained him three chart topping singles and a total of sales over eight million and counting..

Peter Frampton has become a legend within the music scene, for his impeccable songwriting abilities and his guitar skills, with an amazing twenty albums in total – this iconic of classic rock has given everything and more to his fans throughout the years!

2019 marks his farewell tour as he travels across North America to give his US fans a treat and a memory that will stay in their hearts forever! If you love Frampton's incredible collection of songs then be sure to head down to your local venue this coming Summer concert season!