Ditch the setlist because it's time to jam! The creative-improv mad genius of Phil Lesh will shine through once again as he takes his brood of music men on a touring trek. Phil Lesh & The Terrapin Family Band are rocking the Red Rocks Amphitheater on Wednesday 29th May 2019. This ex-Grateful dead bassist is taking his bag full of surprises onto the live stage to give his loyal herd of followers the best jam time ever! Well, it comes as no surprise that tickets sales are now moving at a fast pace. If you want to secure your sweet spot on the concert floor, time to get movin' and catch up, grab those tickets now! 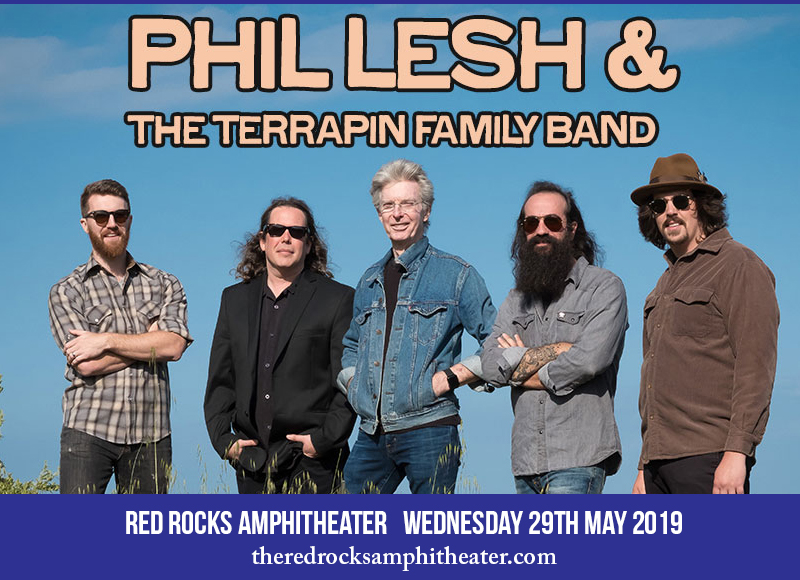 From the bay area scene to jam stages and festivals all over the world, Phil Lesh was flying high and reached the pinnacle of iconic status with the band The Grateful Dead. Even after the band called it quits, Lesh forged on doing Grateful Dead offshoots with former bandmates and musician friends.

Conceived out of his 'Deads'-offshoot wild adventures were the Terrapin Family Band. The band started to play as a house band in Phil Lesh’s Terrapin Crossroads. Armed with the Grateful Dead songbook as their source of reinterpretation and inspiration, TFB is now sharing the stage with none other than Phil Lesh. From Lesh's Terrapin Crossroads, the Terrapin Family Band are now crossing new terrains to cover new pursuits expand their musical grounds.

Jam sessions are borne out of spur-of-the-moments and creative genius outbursts. It is important to secure your spot and book your seats where you could maximize this music experience. No Phil Lesh jams and improvs are ever played the same way. Don't miss this chance to hear something different!