Phoebe Bridgers comes to Red Rocks Amphitheater on Tuesday 17th May 2022 as part of the second leg of her North American Reunion Tour. The American singer-songwriter will return to the stage for a series of dates beginning on 13th April at the Arizona Federal Theatre, Phoenix. She also plays at a handful of festivals during the trek, including Coachella. The tour wraps up with a final performance at L.A’s This Ain’t No Picnic festival on 28th August. She released her second album, Punisher, in 2020 and launched her Reunion tour last fall. Both of her albums have received critical acclaim, and her fan base is growing by the day. If you want to catch her live, get your tickets ASAP before they are gone! 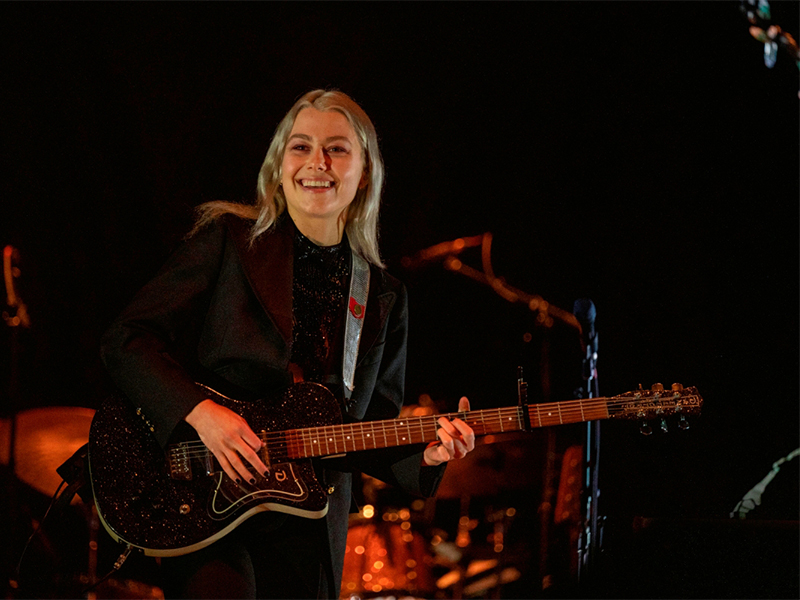 Phoebe Bridgers became a household name after her 2020 critically acclaimed sophomore album Punisher. Everyone now wants to see a Phoebe Bridgers performance, and there are plenty of dates on her North American Reunion tour, which you can check out.
Bridgers received Billboard’s 2022 Women in Music Trailblazer Award and announced her radio show Saddest Factory Radio on Sirius XMU. The artist has also pledged to donate $1 from every Reunion tour ticket to The Mariposa Fund. She will also be playing at the famous Glastonbury music festival. The artist also collaborated with Taylor Swift on her track, “Nothing New,” and dropped a couple of charity singles.
Her musical style is mainly indie rock, emo-folk, indie-pop and indie-folk. Themes usually surround death, therapy, trauma, depression, and strained relationships, which people typically go through in life and can relate to her lyrics. Her guitar skills complement her incredible vocals, and she has a reputation for bringing all her energy to the stage. She is a great live performer and with her soulful voice, provides the experience of a lifetime. Be a part of that experience and watch her live at the famous Red Rock Amphitheatre on 17th May by getting your tickets right now before they are gone!