The Red Rocks are about to get a Whole Lotta Red! Playboi Carti, Narcissist Tour comes to Red Rocks Amphitheater on Friday, November 19th, 2021. Touring to support his latest album, Whole Lotta Red, that landed him his very first number 1 on the Billboard 200 and His song "Punk Monk" from the album recently became a viral TikTok audio. Grab your tickets now and come and see Playboi Carti as he finally gets to lives out his Vampire Rock Star Fantasy on Whole Lotta Red – Rolling Stone Magazine. 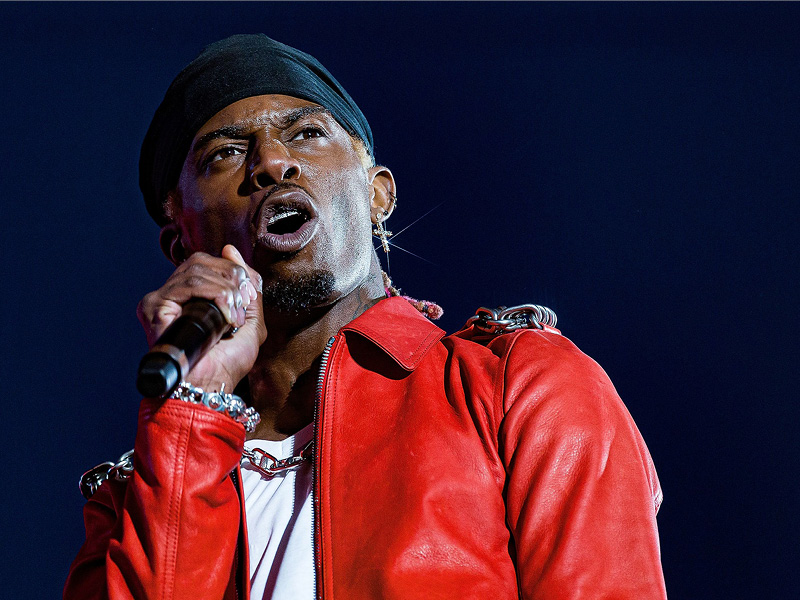 Whole Lotta Red, features 24 tracks with appearances by rap standouts Future, Kid Cudi and Kanye West. It is Playboi Carti’s second studio album, following Die Lit which debuted at number 3 on the Billboard 200 chart. Whole Lotta Red was released on Christmas Day 2020, and landed Playboi Carti his first number 1 album on the Billboard 200 chart, and 100,000 equivalent album units earned in the U.S. in the week ending Dec. 31, 2020. The album also came in at the number 1 spot on the Top Hip-Hop and R&B Albums chart and number 2 on the Canada Billboard chart, In addition, Whole Lotta Red, trended number one upon its release on Twitter, and tracks from the album held three out of the top 10 trending spots on YouTube, including number one upon release.

Carti comes into his own by stepping into the coffin of a vampire, scoffing at every critique tossed towards his vaudeville fangs. – SpectrumCulture.

Rapper and singer-songwriter, Jordan Terrell Carter is Playboi Carti, recognized for his experimental Hip-Hop musical style, gothic fashion, and super mysterious public persona. The Narcissist tour is Carti's first headline tour since 2018 when he traveled to several cities for his sophomore album, Die Lit, and his first headline stadium Tour.