French duo, Polo & Pan bring their unique tropical-house to Red Rocks Amphitheater on Monday, October 24th 2022. They are touring their latest album, Cyclorama, which features the duo’s biggest hit to date, “Ani Kuni”. The song is particularly important to Red Rocks fans as it is derived from a Native American hymn originating from the Arapaho tribes living on the plains of Colorado and Wyoming. So, grab some tickets and come voyage across blissful destinations, this is Euro-EDM at its very freshest and newest, nobody, and I mean nobody makes anything quite like this! “Ça fait rêver,”— It makes one dream. 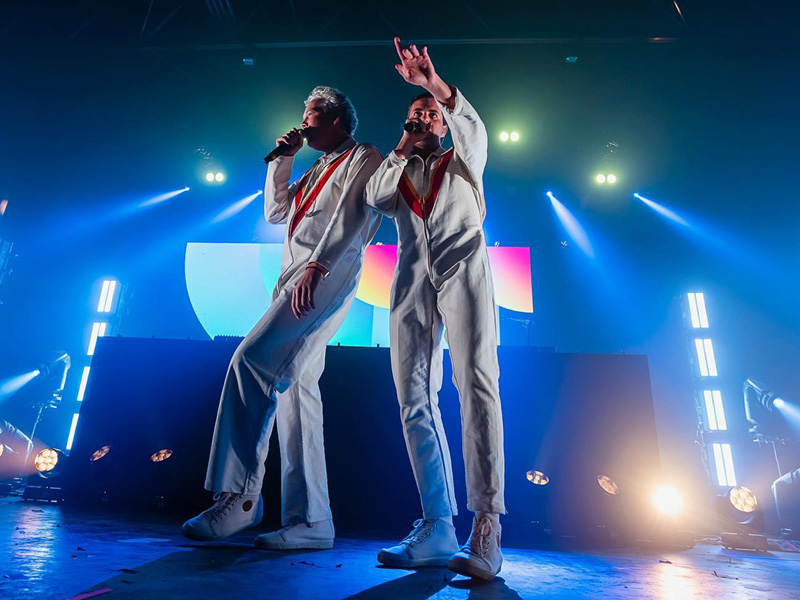 French music duo consisting of Paul Armand-Delille, aka Polocorp and Alexandre Grynszpan, aka Peter Pan, are Polo & Pan. Their music style incorporates a mixture of house-electronic music influenced by tropical sounds and music from all over the world. The two were known individually through their exceptional performances in the Parisian bar “Le Baron.”

Polo & Pan has released two studio albums and a number of successful EPs. June 2021 saw their biggest success, with their latest album, Cyclorama, charting at number 10 in France, and carrying the single "Ani Kuni" based on a traditional song "Ani Couni Chaouani", a Native American hymn originating from the Arapaho tribes living on the plains of Colorado and Wyoming in the United States. "Ani Kuni" became Polo & Pan's biggest hit single, rising to number 9 on the French SNEP Singles Chart, also charting in Belgium's Ultratop Wallonia chart.

The New Yorker once said, “Their songs are funky but suave, uniquely fun, and evoke a fantasy of European nightlife. Key influences include LCD Soundsystem and Claude Debussy—a combination that may, at first, seem peculiar, until one realizes how it aligns perfectly with Polo & Pan’s crisp sense of silence.”