Primus fans get excited – their touring in support of their latest album isn’t over yet, with a two-month North American tour just announced with the legendary Mastodon!! They’re coming to play an incredible night on Sunday 6th May 2018 at the iconic Red Rocks Amphitheater! Tickets are on sale NOW for what promises to be one of the most amazing concerts of the year!! Don’t wait about to get yours – they aren’t going to last long!! 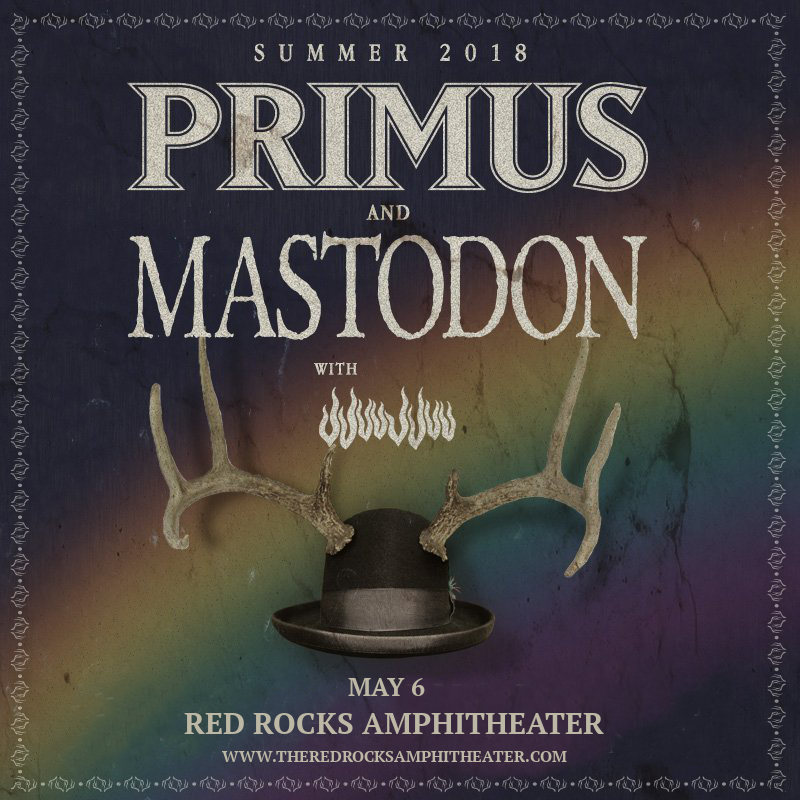 Primus are on tour supporting their most recent release, “The Desaturating Seven,” an album based on a book called The Rainbow Goblins by Ul Del Rico. "The dark imagery and beauty of the art struck me immediately, and I thought, 'This would make good fodder for a piece of music,'" said Primus frontman Les Claypool, who used to read the book to his children. "The use of color and darkness both in the paintings and the writing was compelling and now, near two decades later, the metaphor of greed, gluttony and deceit vs. unity of the masses is eerily relevant. I brought the notion to the Primus guys and they were all for it. Plus, I figured it's about time someone brought 'Goblin Rock' back to the fold.” With dark themes, there couldn’t be a better supporting act for this tour than Mastodon!!

Get ready to experience it all live – grab your tickets to see Primus and Mastodon live NOW while you can!!